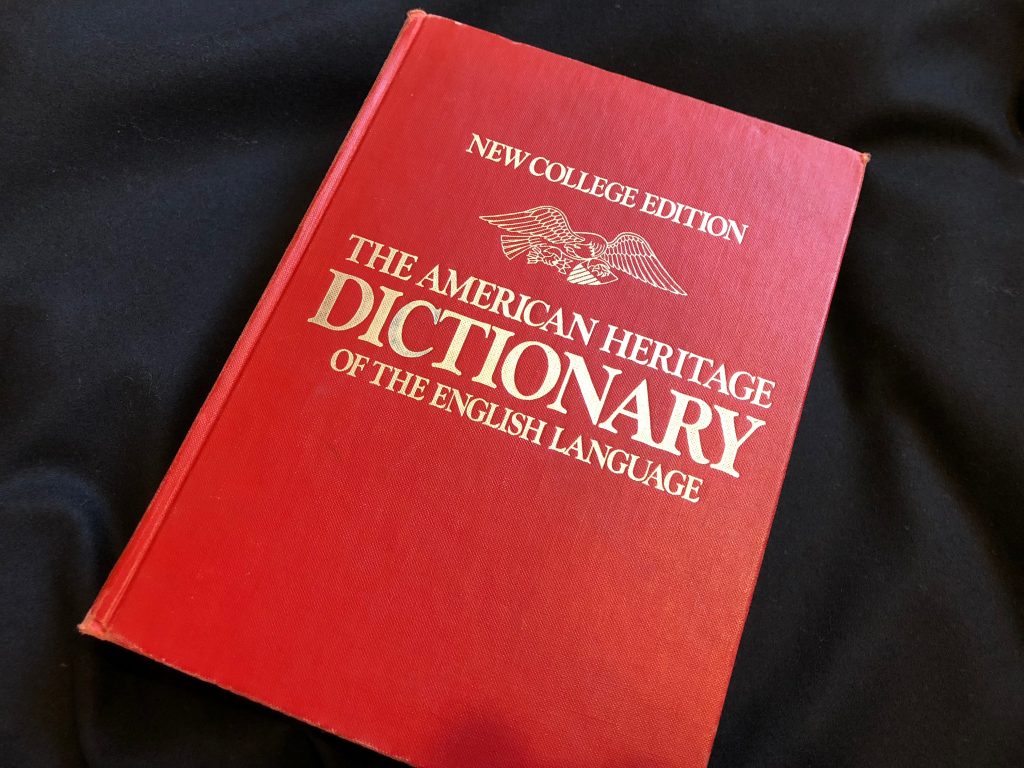 Language changes all the time. We don’t vote on it. It just happens. No one ever checks with me. WTF? Memes infect our brains and language without our permission.

The Pond– Puleeze stop calling the Atlantic Ocean “the pond,” as in: “across the pond in England.” Really? “The pond”  is not cute or hip, it is just stupid.

Right?  Reviewing the video from my latest show, I was shocked to hear how often I’d make a statement, then follow up with, “Right?” The meaning here was, “See what I mean?” or, “Is this clear?” Listen to how often this word is creeping into the dialog we hear on the media.

Graduation – Do you say “graduate college,” or do you say “graduate FROM college?” Apparently east coast people say, “I graduated college in 1995.” It is like fingernails on the proverbial blackboard. The word “from” needs to be there.

Well – Often, in the media, when an interviewer asks a guest a question, the answer starts with “Well…” That word is not necessary. Just answer the question. 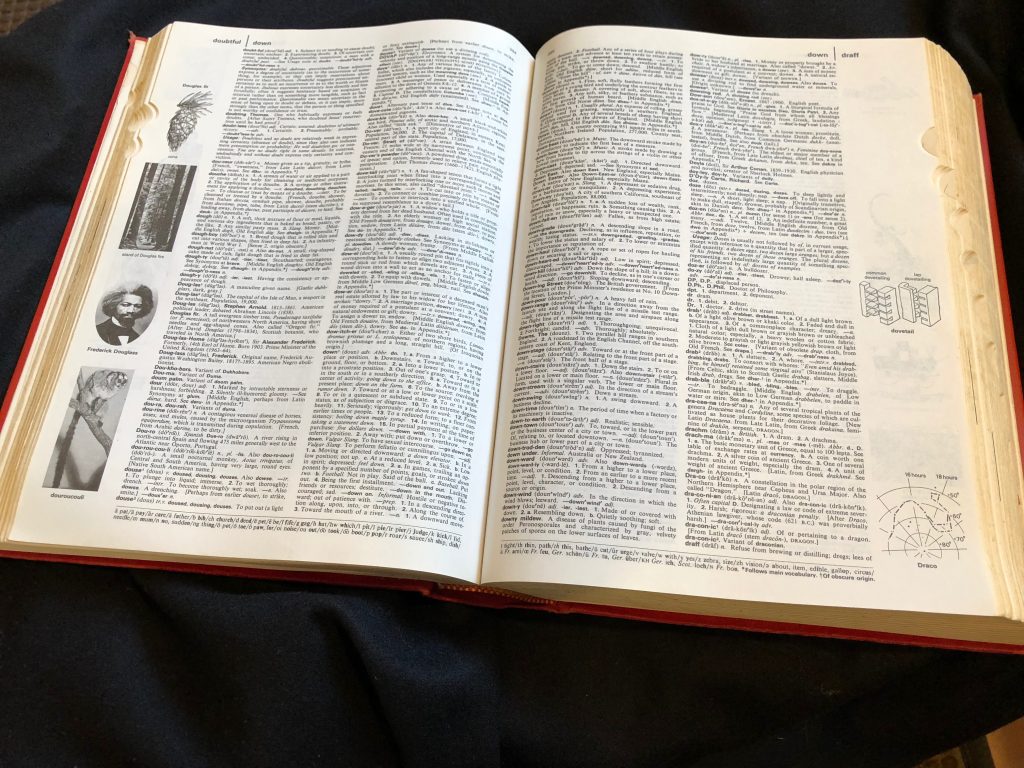 Existential – Writers and newscasters have recently discovered this word. If you want to sound worldly and hip, toss in this word everywhere, i.g. “Hamas rockets pose an existential threat to Israel.” This word is changing before our very eyes. Here it means that these attacks might be a threat to Israel’s existence.

The original meaning comes from a post-WWII philosophy (think Sartre, Kierkegaard, Camus, etc.) that addresses the fear that our lives have no meaning. Very different than the fear that we might die due to rocket attacks. Oh well, memes are unstoppable.

What have you noticed?

As I was checking out at Home Depot, a bearded man about my age with a gentle expression approached me. He paused, looked at me a moment, and said, “You look old enough to be a veteran.”  I said, “I’m old enough, but I’m not. Are you?” He then told me about his service in the Navy in Vietnam. He seemed to want my approval. 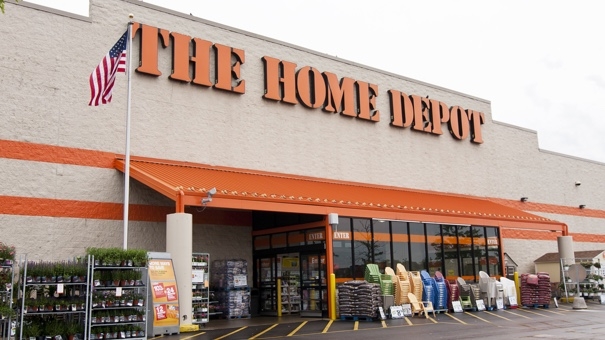 Suddenly: a moment. How should I respond? I had a split second to acknowledge the life and experience of a fellow human being, or create drama, tension, and defensiveness. Acting on “autopilot” I needed to let him know about my self-righteous, anti-war stance: “Well, while you were doing that, I was protesting the war in Berkeley and trying to stop the troop trains headed for the Oakland induction center.”

The veteran looked down and in a softer tone said that he, too, had doubts about the war, but went on to explain that he was a lost young man when he joined the Navy. He came out four years later as an adult with marketable skills in electronics he learned in the Navy. He was grateful for all of that. We said “Good-bye.”

Walking to my car, I wondered how our exchange would have been different if I’d simply acknowledged how positive his experience had been, and kept my opinions to myself.

How many times in life do I (or any of us) respond from habit, pushing our precisious positions and thereby shutting down whatever the other person has to say? What a lost opportunity for connection.

As I was checking in to the San Francisco Hilton Hotel, a bright-eyed 25-ish man came bounding up to the car. He asked if I wanted to leave my car in valet parking. I said I did, and he pulled out a pad of tickets to give me a receipt. 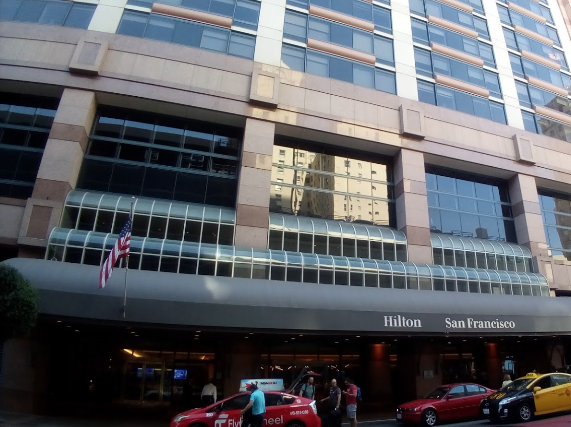 From his thick accent, I guessed getting my name right would be a challenge. I said, “The name is Gilbert, G-i-l-b-e-r-t.” He paused, pencil in hand. He wrote a “J” on the card. I explained, “No, my name starts with “G.” I felt irritated for about one second. I realized he could not translate the sound of my name to letters on the page. He fumbled with this for several seconds.

Then, I thought what a challenge it must be to do this job in a fast-paced downtown SF hotel with lots of high-powered, impatient people coming and going – even when English is your native language. I offered to write my name on the card. As I handed him back the pencil and $5, I said, “It must be hard to do this job not knowing English that well.” His eyes moistened for a moment and he said, “Yes. I speak Arabic. Thank you for understanding.” I took the tag and he took the key. “Thank you.”

These brief encounters (60 – 90 seconds) carried two very different lessons. When I put my BIG TRUTH out there in the world, I create defensiveness or retreat. When I try to see it from their viewpoint, I can create connection and gratitude. Wow.