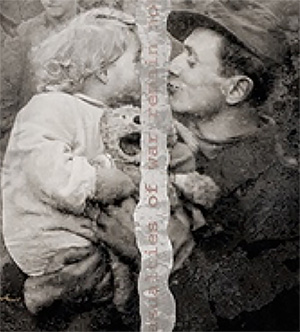 “Gitta” Carnochan commented, “I had always assumed that just surviving the war in Germany with a small child to take care of was enough to ruin anyone’s marriage.”

Gitta was born in 1941 to German parents. She was 18 months old when her father left to fight in North Africa under Rommel. After the war, her mother divorced him, remarried an American soldier and moved with Gitta to America when Gitta was seven.  For over 30 years, she never knew if her biological father was dead or alive. Finally, in 1976, she met him.  In an attempt to tell about and to understand these early years of her life, Gitta has produced a remarkable photo book based on family photos and documents from those years. 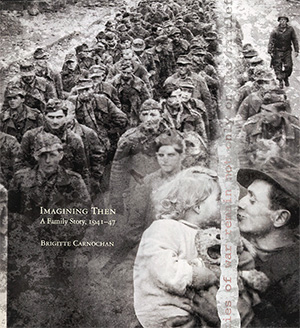 This is a video interview with Gitta about her story, and the story of the making of her book.