I’m not clear why this made so many of the “year’s best” lists. A young woman is trying to come to terms with her difficult past by walking the Pacific Coast Trail – all 1,000 miles of it. It rains. She gets blisters. Her pack is too heavy. She almost gets raped by men she meets. Lots of flashbacks to her debauched life of free sex and drugs. Through it all, I just didn’t care. I’d skip this one.

This film got several critic’s best movie of the year award. I’m not sure why. Maybe it is because it has a unique gimmick: the filming of a real kid during 12 years of his life. It is a blend of documentary and a movie story. We see Mason grow from 6 to 18 years old against the backdrop of family and friends – who are really actors. My problem with Boyhood is I couldn’t figure out if I was watching a fictional Hollywood story, or a documentary. It didn’t hold my interest.

The Imitation Game: a REAL Winner ! 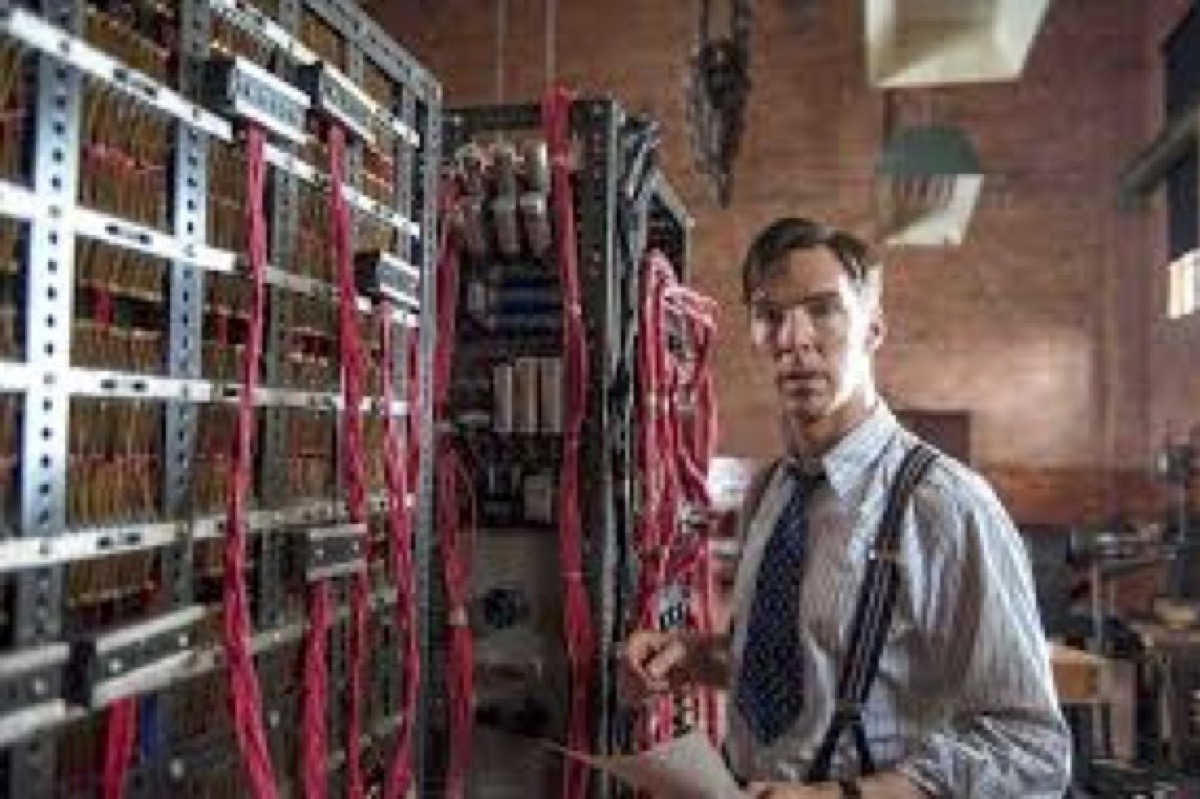 Don’t miss this movie. It tells the true story of Alan Turing,  a genius mathematician who broke the “enigma” code used by the Nazis in  WWII. Along the way, he laid the foundation for today’s computers. Benedict Cumberbatch’s portrayal of Turing is so finely tuned, you feel the pain and frustration he went through fighting the bureaucracy that oversaw his project. As a full-on Asperger’s type geek, he struggles with the simplest human interactions, like being invited to lunch with colleagues.

The British were desperate to intercept Nazi communications to stop their U-boats from, for example, picking off supply ships in the North Sea with impunity. Yet, once Turing had broken the code, the British could not smash all future attacks fearing that would alert the Nazis that the code had been broken. In one scene a distraught member of Turing’s team pleads with him to stop the attack on a ship carrying his brother. Turing says “No.”

Toward the end of the film, Turing “comes out” to his “girlfriend” that he is homosexual and breaks off the relationship. He’s terrified to have this fact known since it was a crime at the time. In fact, the film begins with Turing being interrogated in 1952 about being homosexual. He is convicted and put on hormone thearpy. This turns him into an inarticulate mere shadow of his former self. The movie implies this is what caused him to commit suicide two years later, though this is disputed (see: www.nybooks.com/…/poor-imitation-al).

I am enthusiastic about this movie because I think Hollywood should produce more films depicting actual events. 2014’s crop of Academy hopefuls is chalked full of such movies: The Theory of Everything, Mr. Turner, Kill the Messenger, Unbroken, Wild, Foxcatcher, Big Eyes, Selma, American Sniper, to name a few.

Backstory: Both of Benedict Cumberbatch’s parents are actors. At one point, while Benedict was serious about acting, he did not imagine  it as a career. His parents came to see one of his productions. In the parking lot after the show, his father said something that changed his life: “Benedict, you were very good tonight. In fact, you are a far better actor than I ever was or hope to be. I want to do everything I can to support you.”

Benedict commented: “What a courageous thing for a father to say to his son. I so respected him for it. At that point my career path was clear.”

One thought on “Movie Reviews: Two Clunkers; One Winner”