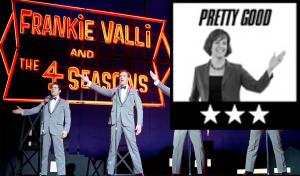 I am a huge Clint Eastwood fan. Million Dollar Baby was the best film of the decade in my judgment. I was also knocked out by Grand Turino. His two Iwo Jima films are extraordinary. So I was hoping for great things from Jersey Boys, but I left the theater disappointed. Although I liked the movie, it didn’t touch me the way the others did.

Eastwood is bucking the history of the stage play / musical that has been running for 10 years and is hugely successful. I wondered, “How can this movie improve on the stage production and retell a story that is already well known?” By going deeper into the dynamics of the group’s financial and ego problems that caused their breakup, that’s how.

The key to the popularity of this “rags to riches” story is its appeal to multiple age groups. I expected to see mostly Boomers in the audience. While there was lots of gray hair, there was a huge age spread. I saw many parents and grandparents with their teen-age kids. You can imagine a conversation like, “I want you to hear the music from my childhood.”

During “Big Girls Don’t Cry” the woman next to me was singing along having a grand old time, as were many others. Music from our childhoods gets etched deeply into our brains. Why can I recite the lyrics of Johnny B. Goode and Teen Angel, but can’t remember my social security number? If you grew up during the heyday of this music, you will love Jersey Boys.

But there are problems. These are signers, not actors. To make the movie more “authentic” it was shot is some kind of sepia tone, which just makes it look cheap. Also, the narrative is told from the viewpoints of each of the Four Seasons. This is refreshing, though confusing at times. Mostly though, I didn’t connect with the characters like I did with those in Million Dollar Baby or Gran Torino. Those movies were about the hero’s journey. Jersey Boys, not so much.

Hey Clint, how about bio documentaries of Miles Davis and Janis Joplin?

Recent photos I shot of the real Frankie Valli in concert: 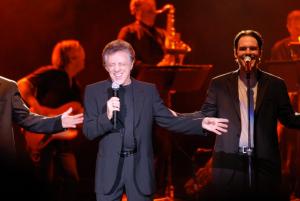 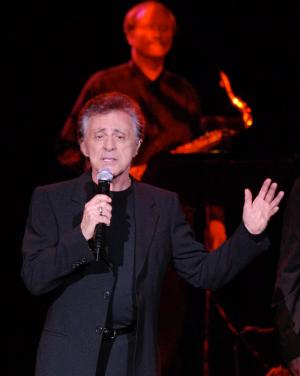