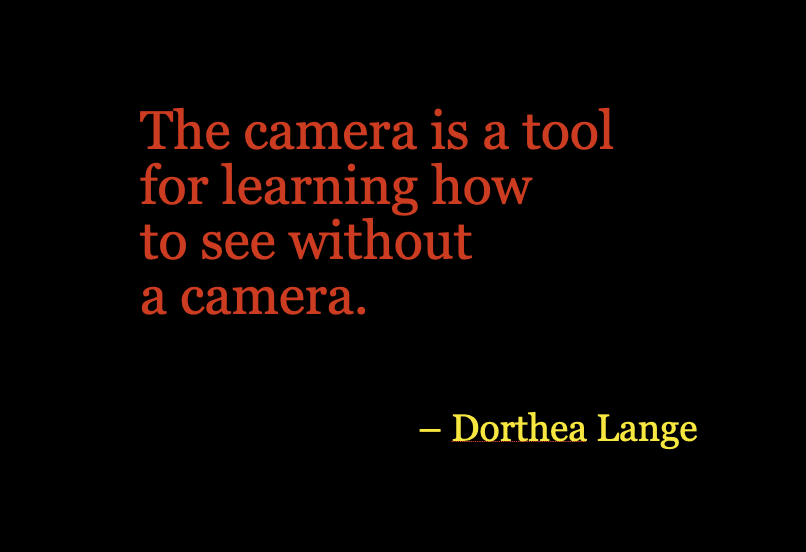 What a paradox; we are ensconced at home without the hassles of commuting and work at an office, yet many are under a ton of stress. There is a sense of grief and foreboding doom.  A commentator on the news last night said “It is OK to not be OK.” The future is so unclear. I’d like to offer you an aural and visual experience that may bring a sense of calm.

Please see this as a 22-minute interlude like those mountain meadows we go to in our imaginations to soothe our souls.

As a photographer, I find myself attracted to patterns: in nature, in machinery, in architecture, in people. In the natural world. In the human world. Think of it…who the hell comes up with the Golden Gate Bridge? And then, how do we build it with slides rules? Or, how about Notre Dame? In 1163? Who built the pocket watch or the 1936 Ford?

These photos span my lifetime as a photographer – hell, as a human being. The earliest, 1968. The latest, last week. They come from Europe, Mexico, New York, Redwood City, and points in between. I hope this will bring you humor, maybe some tears, but, mostly calm in the storm.

Thank you for watching. Of course, pass it on. 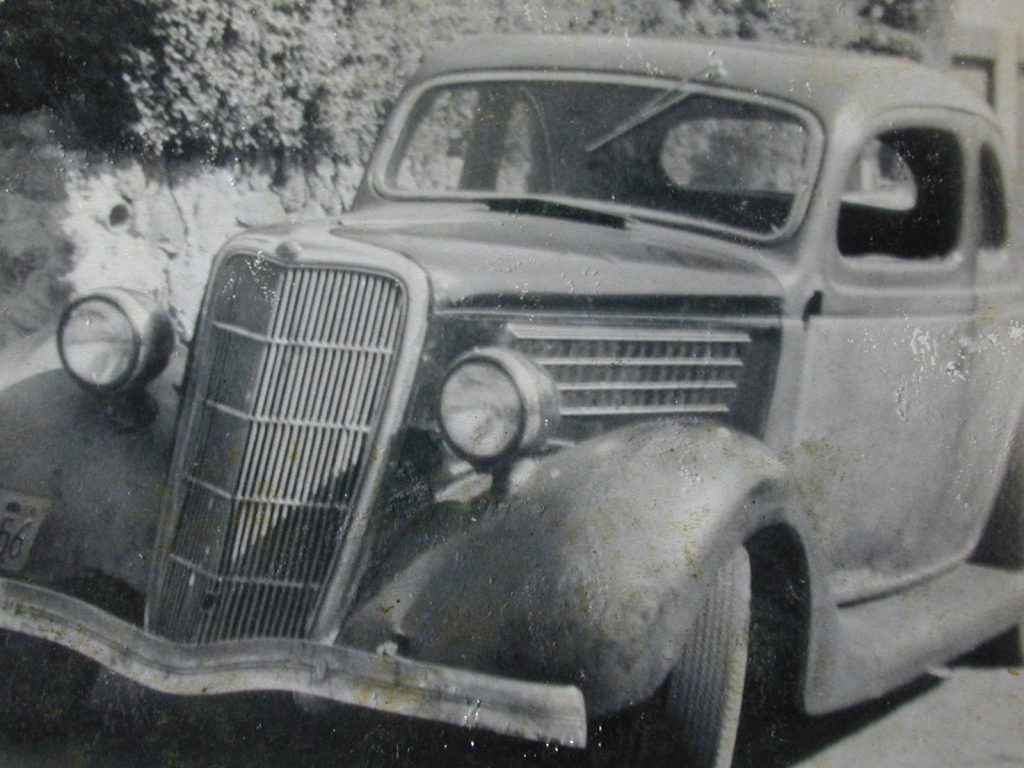 Walking home from school in 1956, I always passed this old 1935 Ford coupe covered with dust and pollen parked in the same place every day. Faded gray and torn upholstery. Clearly it wasn’t being driven.

The owner gladly took my offer of $15. I towed it home. A new battery and an oil change, and that old son-of-a-bitch started right up. What did I know car mechanics? Damn near nothing. My father barely knew the difference between a hammer and a screwdriver. He certainly had no idea about me, or what I was longing to find about myself in cars and hot rods. I searched for a me not defined by three-piece suits and a gold watch at the end. The roar of that unfiltered Ford V8 was the pathway. It made my guts rumble and my blood pump faster.

A friend from up the street, Don Jarman, invited me to help him work on his ’32 Ford roadster clunker. I leaned about tools. I learned about intake manifolds, exhaust headers, hydraulic brakes, and electric fuel pumps. I also learned how to change and gap spark plugs. I knew just enough to be dangerous.. 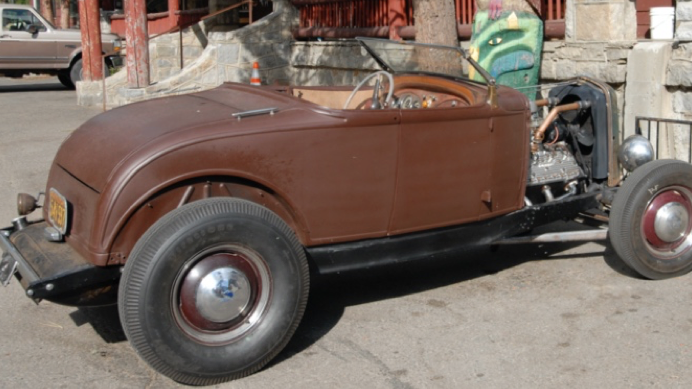 I will never forget the smell of the grease, the gas, and the exhaust when an engine roared to life for the first time; without mufflers. It was my path to manhood. It was loud and powerful. Dirt under my fingernails, grease on my clothes, and on my face. I become the rebel with a cause. Under the car, I was no clean-cut college boy on his way to a corporate job and life in the suburbs.

Berkeley High offered an auto mechanics class in those days. Shoulda taken it. Instead I took useless classes like French I and French II. Those were supposed to get me into college, but with Ds? 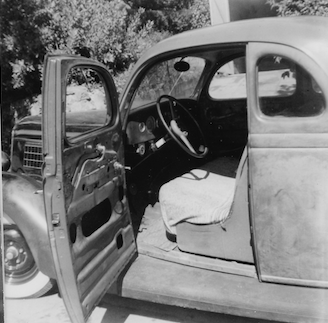 Surprisingly, my parents bought insurance for my new love and let me commandeer the garage for my workshop. It was in pieces more than together. What a mess. When I did get it to run, I proudly drove it to 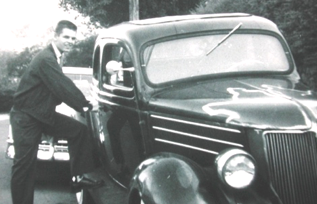 high school hoping to score points with the cool girls (didn’t work). I sold it for $90 the week I left for college (I got in, in spite of my Ds in French.) A year later, I bought another Ford coupe, this time a 1936. Sold it a few months later. Don’t remember much about that car except it had flames painted on the hood – watch out.

My high school classmate, Andy Nantz, owned a four-door, black 1936 Ford Sedan. I fell in love with that car. Don’t know why. A sedan wasn’t as cool as a roadster or a three-window coupe. Maybe it was the lines. Andy really knew about cars, and his was “cherry” as we’d say. In writing this article, I looked up Andy and called him. I wanted to know all about that car. Turns out he owned it for about two years and in the process of swapping engines, somehow the car “disappeared” even without an engine. What a shame. 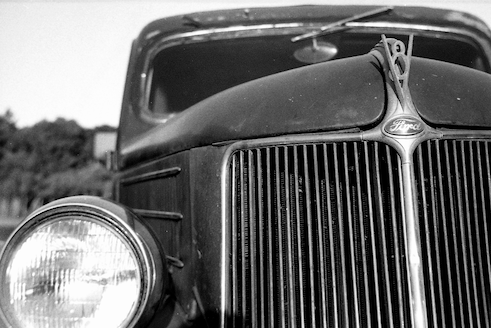 During the summer of 1961, with extra money from my summer job, and an urgent need for a car, I found a beautiful maroon 1936 Ford four-door sedan on College Avenue in Berkeley. It was top of the line, including, for example, a clock in the rearview mirror. I bought it for $350. Thus began a 16-year, 150,000-mile, cross country love affair with a big piece of molded steel.

Although my money was tight, I could afford dual pipes (18-inch glass packs) and a paint job. 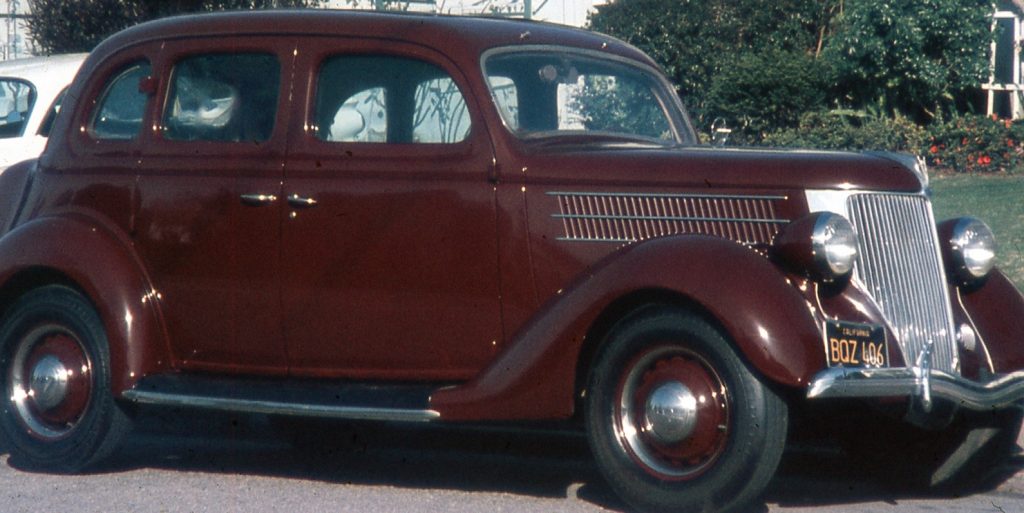 Later, new upholstery and a headliner. I swapped out the stock motor for a 1948 Mercury flathead engine that got me to New York and back in 1964.

Trusting in the world as a naive 24-year-old, sleeping by the side of the road saved money. One night, I awoke about 3:00AM with some small animal sniffing around my cot. A racoon, I think.

My hot rod-looking car with California plates, got inquires when I’d pull into a gas station anywhere in middle America, “Hey, are you a surfer?” Ahh, the Beach Boys had such impact.

My mechanical skills were still minimal. But, in 1972, with help, I managed to swap out the ’48 Mercury for a small-block Chevy engine. Somehow, I did this in the tiny garage that came with my San Francisco apartment. I switched the car over to a 12-volt electrical system and installed a cassette player in the glove box. That car, with its 18-inch glass packs purring going downhill in second gear and blasting Chuck Berry or Miles Davis (didn’t matter which) defined my manhood at 34. Who needed a corporate job, money, a house and kids?

After getting the Chevy engine installed, I could get it to start only by pouring gas into the four-barrel carburator while cranking the engine. It ran horribly rough, with flames shooting out of the carburator. I was in graduate school and couldn’t afford to hire a real mechanic, but I had to get it running. Emptying my savings, I took it to a repair shop in downtown San Francisco. Imagine this scene: hood off this old car as it belched fire careening down Geary Boulevard. The mechanic took one look, “Your sparkplug wires are in the wrong order.” He rearranged them in five minutes, and suddenly the goddamn thing ran perfectly. Cost: $25. 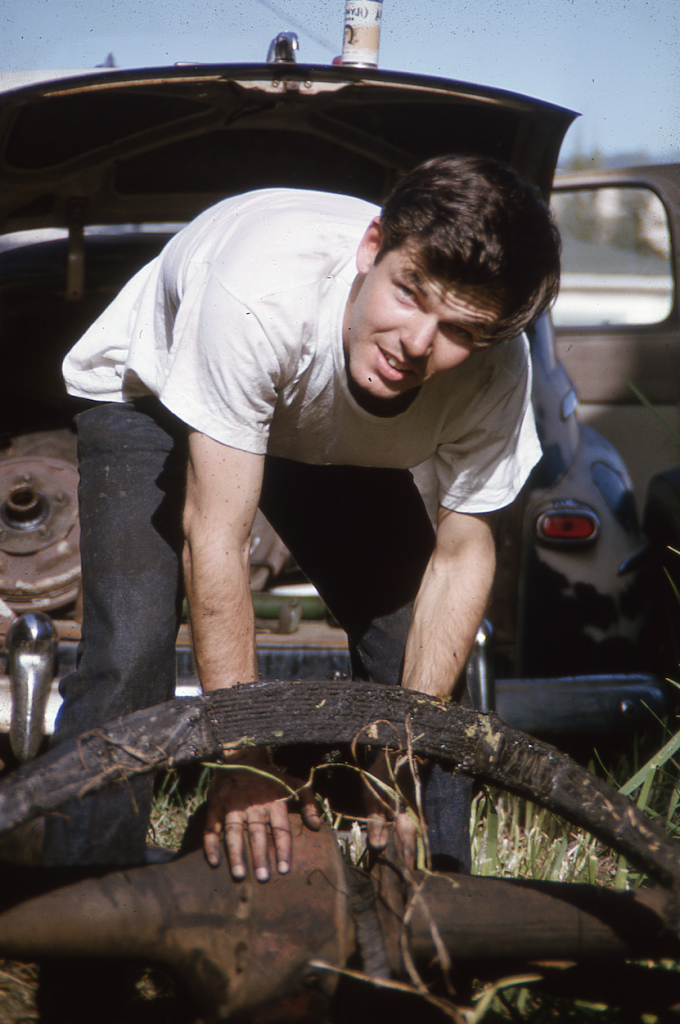 Through grad school and early teaching jobs that car was my transportation. I worked on it constantly. No choice. It broke down a lot. Every time it broke, my heart sank. My fragile manhood was on the line. One time my transmission went out. Without money, I had to trade the clock mirror for a transmission. I put on tubular shocks, and, of course, hydraulic brakes. Rain was my enemy. The rubber seals around the windows leaked. The windshield wipers worked off vacuum connected to the intake manifold. When the engine was under strain, like going up a hill, the wipers would slow down and even stop. The roof was canvas and also leaked.

By 1974 I had enough. I had proven to myself whatever that greasy, dirty, gas-soaked manhood image I was after. It all came to a glorious close when I offered a successful seminar for SF State psychology undergraduates called, “The Psychology of Drag Racing.” (See the article and my interview with drag racing’s “Big Daddy” Don Garlits below) I had transitioned to the professional world of academia, soon to a corporate job, and a few years later a wife, a house in the suburbs and parenthood.  Funny how things come around.

I sold the car for $2,400 to a young couple. Two days later I got a call from the guy who bought it, “Hey, man, the next day I was driving the car to an auto show and the transmission fell apart. What the hell? I had to borrow money from my grandmother to buy this car. You know, mister, people get killed for this sort of thing.” Killed? Like I knew this was going to happen.

As it turned out, I had some parts from an old transmission. I went over to his house, we pulled and rebuilt the transmission in his driveway. Problem solved, and I didn’t get killed. The one keepsake I have from that whole adventure is the broken transmission cluster gear, which I made into a lamp. It is my only remembrance of that wonderful car. My S&K socket set sits in the basement, unused for over 40 years.

My next car was a Datsun pickup truck. I could get parts for it at the local mom and pop grocery store. About this time, I started getting real jobs and making enough money to buy newer cars that didn’t break down or leak rainwater. I can now afford to take my cars to people who know how to fix an automobile controlled by computers. Jesus, who saw that coming?

Today, my residual mechanical skills are: I’m not afraid to look under the hood, I can add oil and change a tire. When my daughter, Katy, was 12, I took her to the drags at the Sears Point Raceway in Sonoma. I told her, “Honey hot rods were a big part of my life. I want you to see all that.” She agreed to go. The roar of these 11,000 horse power engines is nothing like the sound of my ’48 Mercury. It is deafening even 100 yards away in the stands. And the smell of nitro burns the inside of your nose – not anything like that pleasant smell of my flathead Fords. Going home we were exhausted. We both decided that was our last drag racing.

Soon enough these old internal combustion engines will fade into history and we’ll be riding around in our driverless electric cars. Fortunately, the sweet memories remain.

Some boys grow up by joining the Army. Others by touring Europe with a backpack. For me, it was struggling with wrenches under my car hoisted up on an unstable jack with a bare light bulb on a long cord. I am wrestling with a stuck nut, pushing with all my might when the wrench slips and my hand smashes into the steel frame, drawing blood. “Goddamn it son of a bitch!” A few hours later, cranking the engine and pouring gas into the carb, it starts up with a cloud of smoke and noise that pisses off the neighbors. Ahh… all is right with the world… and I am a man.

I still miss that old ’36. I’ve wondered if, knowing the license plate number, I could trace it through the DMV. In later years, to this day, I have a repeated dream about that car. In the dream I forget where I parked it. Somewhere in this big city it is out there on the street, like an abandoned puppy, being slowly destroyed by vandals who steal its priceless pieces – like the rearview mirror with the clock. Any of you psychologists out there want to interpret that dream? Very deep, I’m sure.

My interview with Don Garlits: 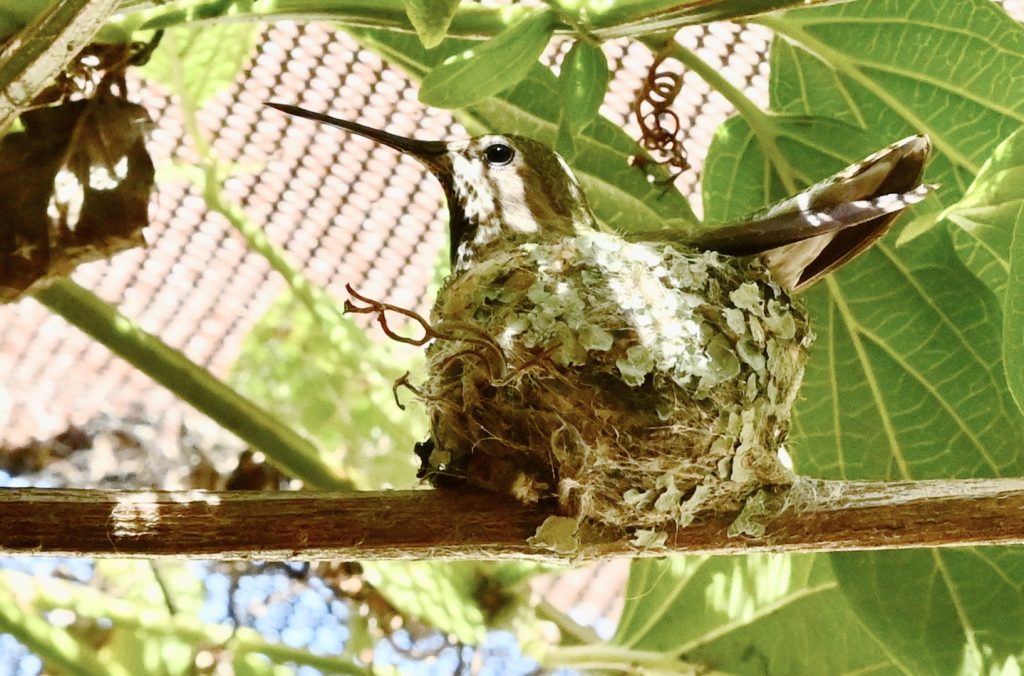 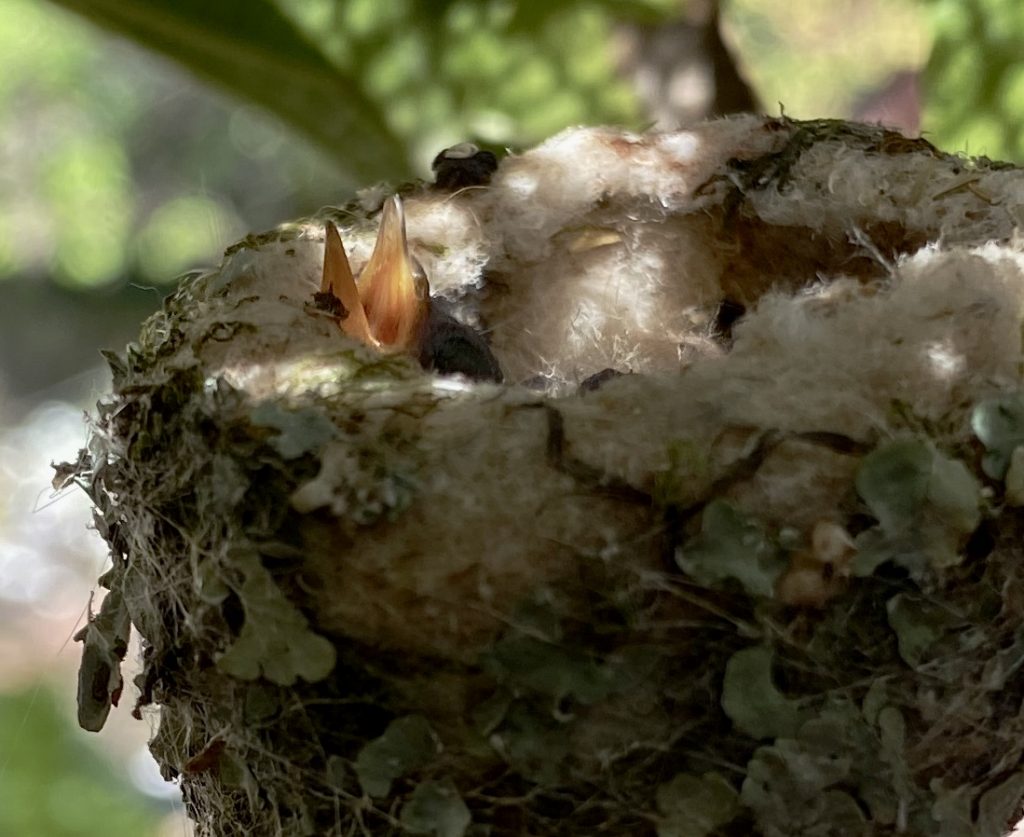