In my 40 year career as a speech coach and trainer, I’ve heard 100,000 speeches. Three stand out because of their graphical images and strong core messages.

Blood on the marble floor 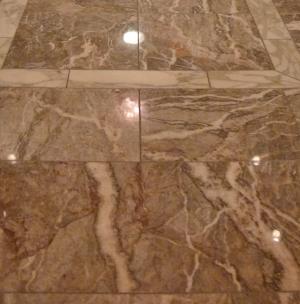 Susan got up to talk about a memorable experience. She was in her bank when suddenly a bank robber burst through the front door with a gun and yelled for everyone to hit the floor, NOW. She lay there with her eyes tightly closed. A silent alarm was sent. A moment later two cops came through the front door. She heard shots, followed by a dull thud as the robber’s body hit the floor a few feet from her.

She gradually opened her eyes. She saw a pool of blood slowly coming toward her as the robber lay dying next to her.

I have not forgotten that talk from 25 years ago !

The skill of the Luftwaffer pilots in WW II 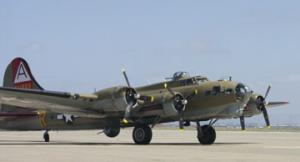 One of the best speakers I’ve ever met was a Toastmaster and WW II veteran named Jim Kozy. Jim was a bombardier on a B-17 flying missions over Germany. He described his feeling of terror as the Messerschmidt 109s attacked his plane. Jim recalled seeing the flashes from their wing guns as they flew head on at the bombers. As one plane pulled up just yards in front of the bomber, he could see the pilot’s blue eyes. Jim waved at him. 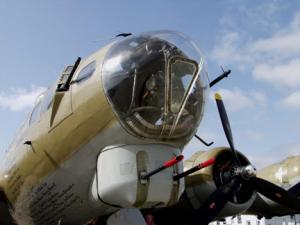 A few missions later, Jim’s plane was shot down. He spent the rest of the war in a POW camp. Upon being liberated he was on a troop ship crossing the English Channel. On the PA system, they played American popular music. The #1 record was Bing Crosby’s “Don’t Fence Me In.” As a just released POW, Jim said he will never forget that song… and I will never forget Jim Kozy.

The engineers in the field need the power of the CEO 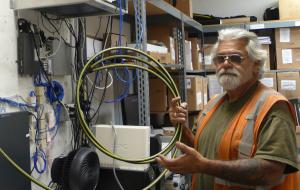 In his worn blazer Bob Galvin, the son of the founder of Motorola, shuffled toward the lectern. He was 80 years old. Everyone at this Motorola Awards Dinner said we should not miss hearing him. I thought, “How can this old man be that dynamic?” Little did I know.

Galvin placed his hands on the lectern, and in a low voice began addressing this room full of Motoral’s top executives and top sales producers.

After a few opening acknowledgements, he got to his main message: “The engineers in the field pulling cable at 3:00AM are the real heroes of this company. You all sit out there with your fancy coroporate VP titles. Well you are not what makes this company successful. It’s those engineers in the field, and they need the power of the CEO to make decisions in the moment. They are the ones who make the company successful.” You could have heard a pin drop. Galvin demonstrated none of the standard delivery techniques we teach, yet he captivated that room. Clearly his message hit the target. I remember that talk like it was yesterday.

In summary, these talks remain vital in my memory because they all came from the gut. They used strong images, and in the case of Galvin, a clear, “finger in your eye” core message. Keep this in mind for your next speech. People may be able to remember it 25 years later.