If we are lucky in life, we may meet a mentor so powerful that they create our future. Usually these people come into our lives at that delicate, vulnerable time when we are leaving our family of origin and trying to make our way in the world.

As a callow youth of 20, I walked into Bob Dreher’s Psychology 101 class at SF State University in 1960. It was love at first sight: the desert boots, the tweed coat with leather elbows, the soft voice, the accepting smile. Thus began a relationship that shaped who I became.

Bob taught me how to use the professional literature, how to think critically about issues in the field, and what it meant to grow from an undergraduate to a professional psychologist. 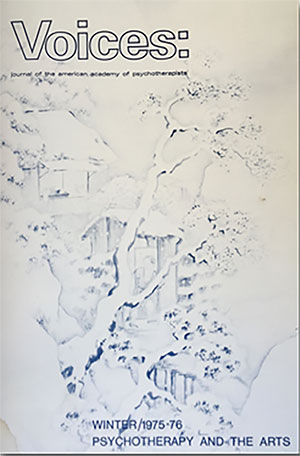 While I was working on my PhD dissertation and teaching undergraduate courses at State, I stayed in touch with Bob. He continued to be a cheerleader for me and my work. During the spring of 1976, I had an article published in a professional journal, Voices: Journal of the American Academy of Psychotherapists. With great pride I left a copy of my article in Bob’s mailbox, describing it as my “dissertation in miniature.” Several days later, I received a note from him in my mailbox. It read in part:

“I find your dissertation in miniature a beautiful literate

piece. It is vital and humane, like its author. So, it goes

without saying  – both in person and in print, I love

you very much little brother.”

I collapsed in the corner with tears streaming down. That kind of affirmation from someone I looked up to as a mentor and friend felt so good. As a young psychologist in training, I had a spirit guide.

In March of 1989, I got the devastating news that Bob had died. He had been a smoker, and lung cancer finally took him.

What came next was overwhelming. I was asked to speak at his memorial in the faculty club at SF State. When a professor dies at State, it is customary that a student be invited to speak as a symbolic representative of all the students the professor taught over the years.  It was an honor I will always treasure. Here I was, 50 years old, speaking to an audience of professors I had when I was in my 20s. Looking out at their wrinkled faces and gentle smiles, I felt as much love them as I did for Bob Dreher. They also helped shape who I became.

Years later, I self published my dissertation, “Jazz, Rock and Roll, and the Revolution in Psychotherapy, 1950 – 1975,” adding stories and photos. A portrait of Bob Dreher appeared in the preface. I called his widow, Betty, now in her early 90s, who still lives in their house in San Francisco, and asked if I could come by and give her a copy of my dissertation. I had met her a number of times in the past. 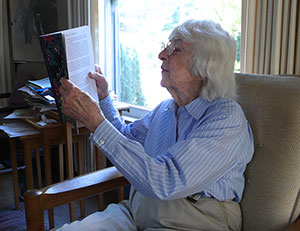 I was filled with pride and thankfulness during my visit with Betty Dreher. While I would never see Bob again, I could express my love and gratitude to Betty. 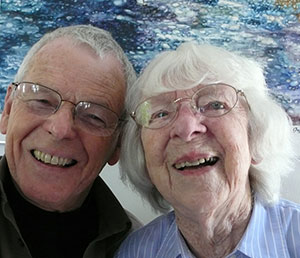 Bob’s influence continues to resonate down through the decades of my life. My only regret is not seeing more of him in the fall of his life. If you have someone like Bob Dreher in your life who helped mold you into who you became, you might want to spend some time with them. They would love to hear from you, and your heart will be filled with gratitude. It doesn’t get much better than that.

3 thoughts on “Bob Dreher: A Mentor Who Changed My Life”