The year was 1963. I was working for the US Public Health Service, stationed in Berkeley. I was a venereal disease epidemiologist (clap cop). I got to attend an important conference at the Marriott Hotel in downtown Los Angeles. 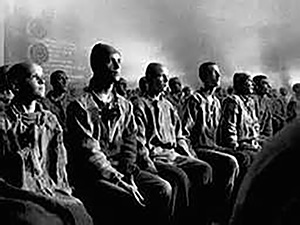 Big Dogs from the Center for Disease Control in Atlanta were on the stage asking for feedback on a new gonorrhea and syphilis outreach campaign. The glossy, tri-fold brochures looked like something the Boy Scouts or the Methodists would use for recruiting. Pictures of nice looking, suburban white families visiting their local health departments, tra-la. In my judgment, this material would have zero effectiveness with our clients. It was obvious what was wrong.

The Big Dogs were begging for feedback. Not a word. Like the audience in the 1984 Apple commercial, the 500 public health officials from around the Western states just sat there staring at the front of the room. The room was silent as a cemetery at midnight. I thought: certainly, someone – a more senior person than me –  will point out the problem. Nothing.

My heart started pounding. Am I the only dumb son-of-a-bitch who sees this problem? Am I the only one that will say, “the emperor has no clothes”? Apparently. With my heart in my throat, I raised my hand, was acknowledged, and slowly stood to speak. I noticed two levels of my bosses looking back at me with horror on their faces thinking, “What the hell is he going to say?”

I explained the problem with the “white bread” materials and how we needed something more inclusive for our inner-city clinics. I sat down. No one else said a word. The #1 Big Dog thanked us for coming and declared the meeting adjourned. He then left the stage and headed up the aisle toward me. I thought, “Oh shit. I’m being fired.” 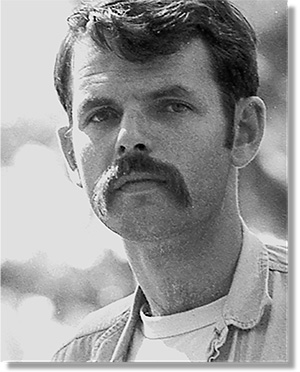 Zapata, circa 1963The opposite happened. Mr. Big Dog introduced himself, shook my hand and thanked me for my insightful comments. He went on to offer me a management position in Atlanta, saying, “We need more people who can challenge the status quo and aren’t afraid to speak up.” I had zero interest in moving to Atlanta. I thanked him and we chatted for a few more minutes.

Back at my district office, I was no hero. My boss’s boss said I could trim my “Emilio Zapata moustache,” as he called it, or… consider a transfer to Alaska. I complied, stayed a few more months, then left to attend graduate school.