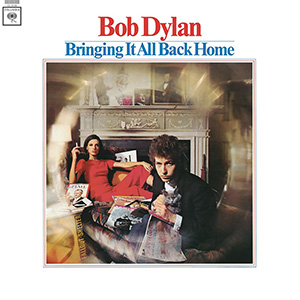 With a time-rusted compass blade

Aladdin and his lamp

Side saddle on the Golden Calf

And on their promises of paradise

You will not hear a laugh

All except inside the Gates of Eden

They keep it all hid

Better jump down a manhole

Light yourself a candle

Try to avoid the scandals

Don’t wanna be a bum

’Cause the vandals took the handles

Catch a falling star and put it in your pocket

Never let it fade away

Catch a falling star and put it in your pocket

Save it for a rainy day

Just in case you feel you want to hold her

You’ll have a pocketful of starlight

Twenty minutes after dropping a tab of LSD, I sank slowly into a new reality. I had three guides, David Dion, Bob Dylan, and Perry Como. David had worked with leading researchers who were experimenting using LSD to treat schizophrenia. He had lead many sessions and had a supply of “pharmaceutical grade” acid. I felt completely safe with him.

David played Bob Dylan’s “Bringing It All Back Home,” and I understood all the poetry, no question. He also put on a Perry Como record, and “Catch a Falling Star” was as universal, and full of eternal truth as “The pumps don’t work cause the vandals stole the handles.” Everything was one.

My session lasted all day and into the night. Colors morphing, shapes and sizes changing around me. The phone rang. David answered, then told me “Wrong number.” From my universal love and blissful reality, I answered, “There are no wrong numbers.”

We went outside where I rolled in the grass and got very close to small insects that were busy as they could be. We were all one.

It was as powerful an experience as I have ever had. Afterwards, I  began meditating. I read the “Tibetan Book of the Dead,” “Zen and the Art of Archery,” and “Siddhartha.” I even believed in God. All of this faded after about two weeks and my brain chemistry got reset to “normal.”

I never wanted to do another session. LSD is a cosmically powerful hallucinogen. If I ever tried it again, I’d want a safe environment, a skilled guide, and pharmaceutical grade acid. The idea of “dropping acid” then wandering the streets or going to a rock concert (even the Grateful Dead) would scare the bejesus out of me.

But the story isn’t over…

David sent me home with a tab of LSD from his pharmaceutical supply. I held on to it for months. At the time I was going to SF State taking biology with the goal of getting into medical school. One of my favorite classes was “Cell Physiology.” Loved that class. We studied such cool things as “semipermeable membranes.” 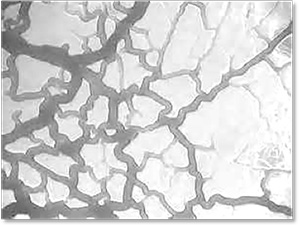 I became fascinated with a single cell organism called the slime mold. Under a microscope it looks like an ameba without cell walls. Its guts, the “cytoplasm,” flows back and forth in what is called “Brownian motion.” For my semester project I decided to see what different chemicals would do to the structure of this weird organism.

I had seen studies done giving spiders drugs to see what the effect would be on their web making. Using the same idea, I wanted to see what different chemicals would do to the structure of slime mold.

I mounted an 8mm movie camera on a microscope and filmed the effect of giving my slime mold a dose of: Water (H2O); Salt water (NaCl); LSD (Lysergic acid diethylamide). 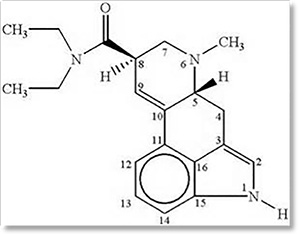 For my oral report, I showed my film and listed the doses and results of the chemicals I’d applied. Remembering this was in the late 1960s in San Francisco, when I wrote the words “Lysergic acid diethylamide” on the board, about half the class cracked up, including the professor.

• LSD caused the whole thing to take on a very weird shape. Who      knows what it did to its consciousness.

N.B. If you are a member of the SPCSM (Society for the Prevention of Cruelty to Slime Mold) be advised, no slime mold was injured in this study. Our lab organisms were nursed back to health after the drug study.  The organism that got the LSD always seemed odd afterward. I suspect he “turned on, tuned in, and dropped out.”