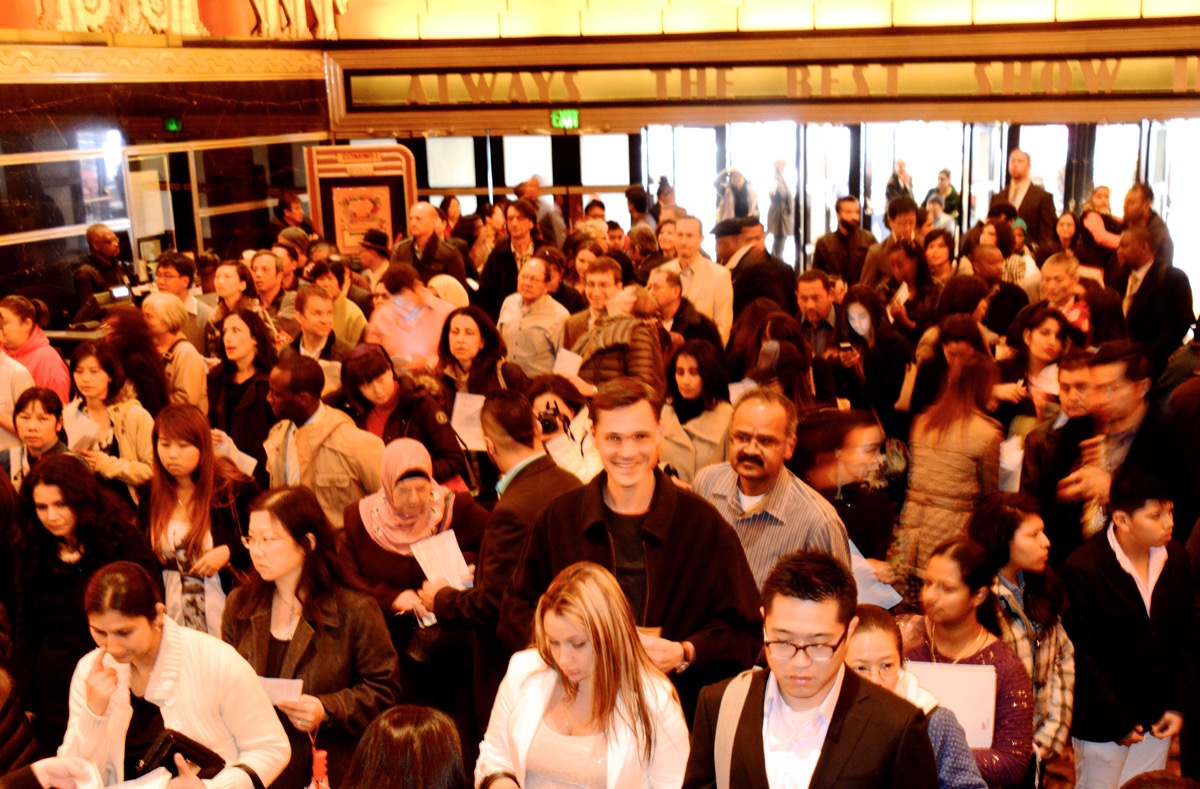 “We will read the name of each country represented here today. As your country is called, please stand and stay standing. Albania…” One person rose to her feet. The official read over 100 names of the home countries of the people being naturalized on November 20, 2013 at the Paramount Theater in Oakland. By the time he got to Zimbabwe, people were either cheering or crying. It was a wonderfully emotional event.

I was very fortunate to attend because of my friendship with Markus Zirn, originally from Germany. When I met Markus he worked for Oracle and was in the process of becoming a naturalized citizen. At the Paramount on that auspicious day, I was there with John and Ginny Janes to cheer him on.

Markus entered the lobby with a huge crowd of excited citizens-to-be. In the photo, he is in the black jacket looking at the camera. It reminded me of the Statue of Liberty’s famous poem:

“Give me your tired, your poor, 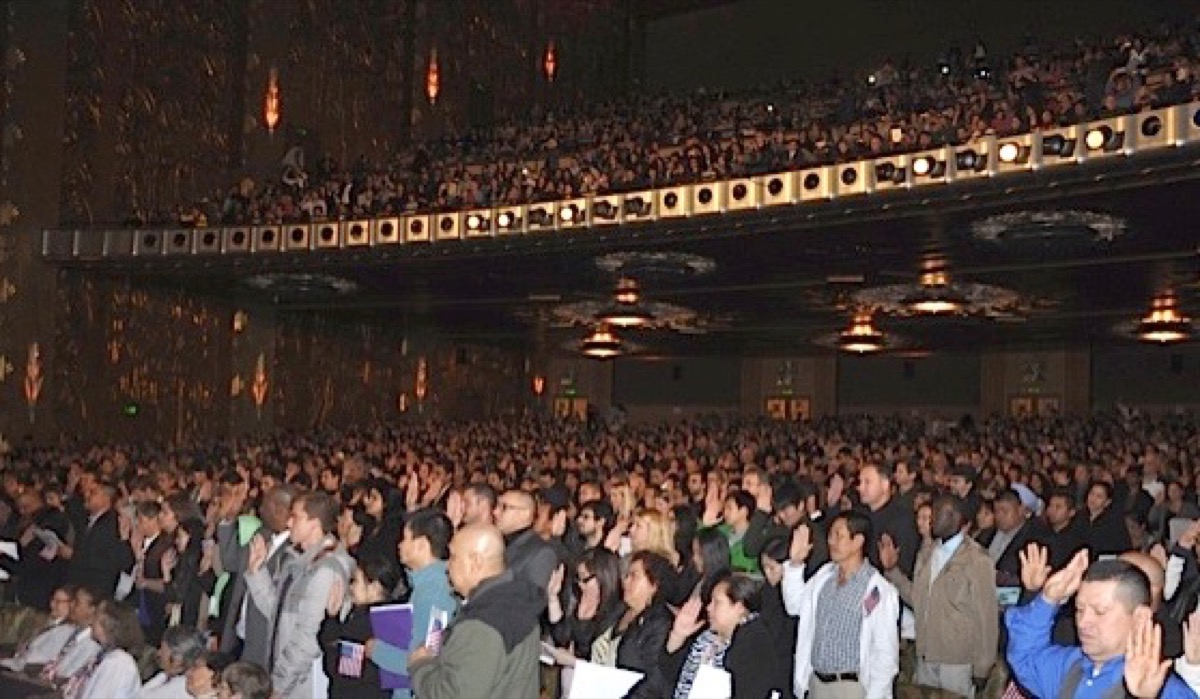 Relatives and friends were assigned to the balcony, inductees were on the main floor. While everyone was getting settled, we saw a video of famous American landmarks: the Grand Canyon, the Golden Gate Bridge, Mount Rushmore, etc. “God Bless America” was playing in the background. By the time we got to the Gettysburg address with Abe Lincoln on the big screen, I was all choked up. No jingoist, me… but it did make me want to stand up and salute. The quality of the ceremony made me proud.

All that stuff we heard in 9th-grade civics about the founding fathers and the land of freedom, equality, and opportunity took on much more meaning that day. 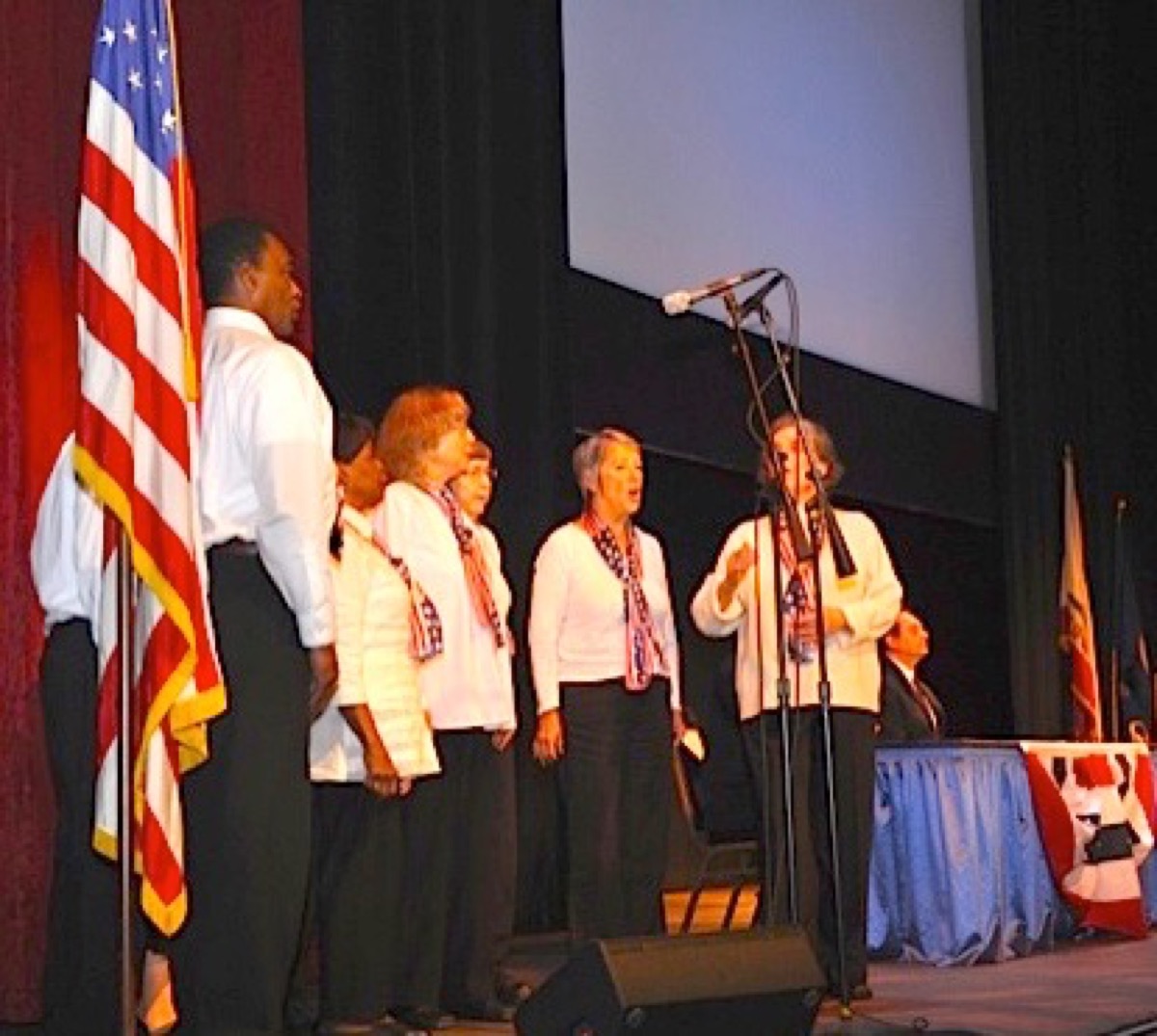 People from the department of Citizenship and Immigration Services took us through a series of exceptional presentations including choral groups singing patriotic songs and the actual swearing in.

When it was over, Markus could not have been more joyous. Smiling ear to ear and waving his small American flag, he was ecstatic as he greeted us on the sidewalk outside the theater. 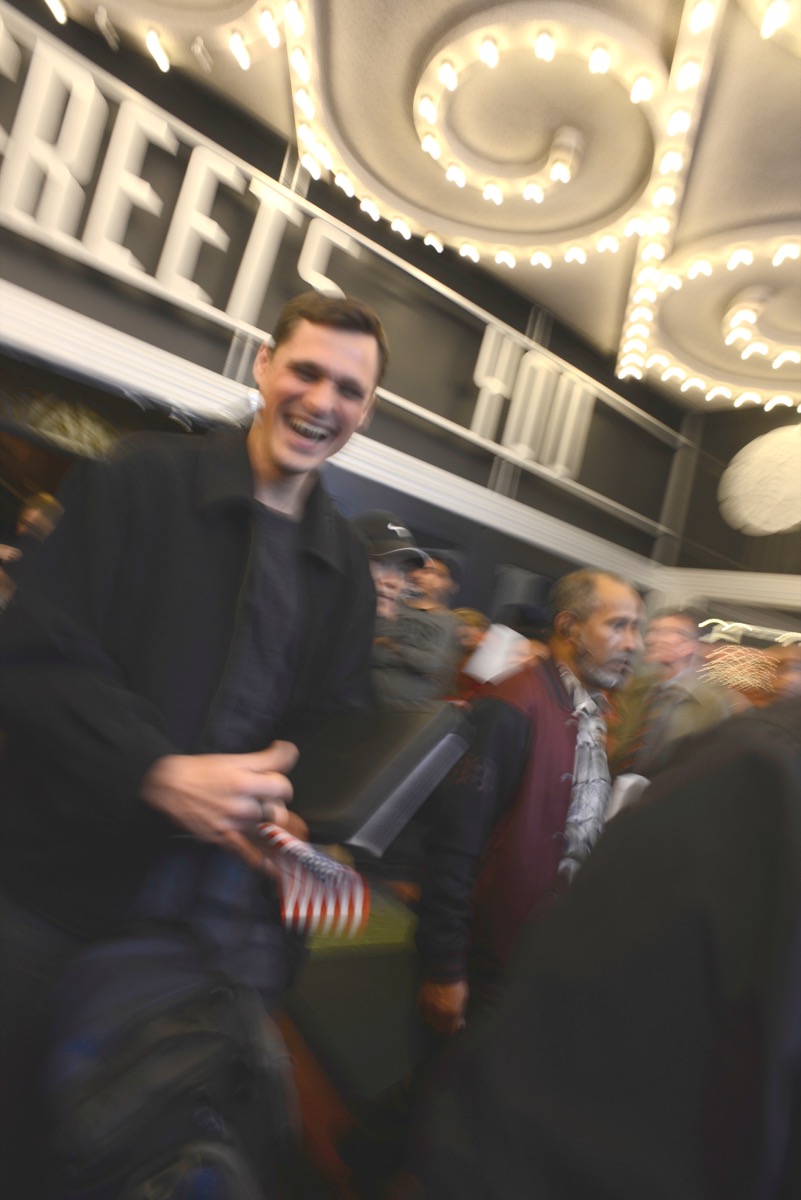 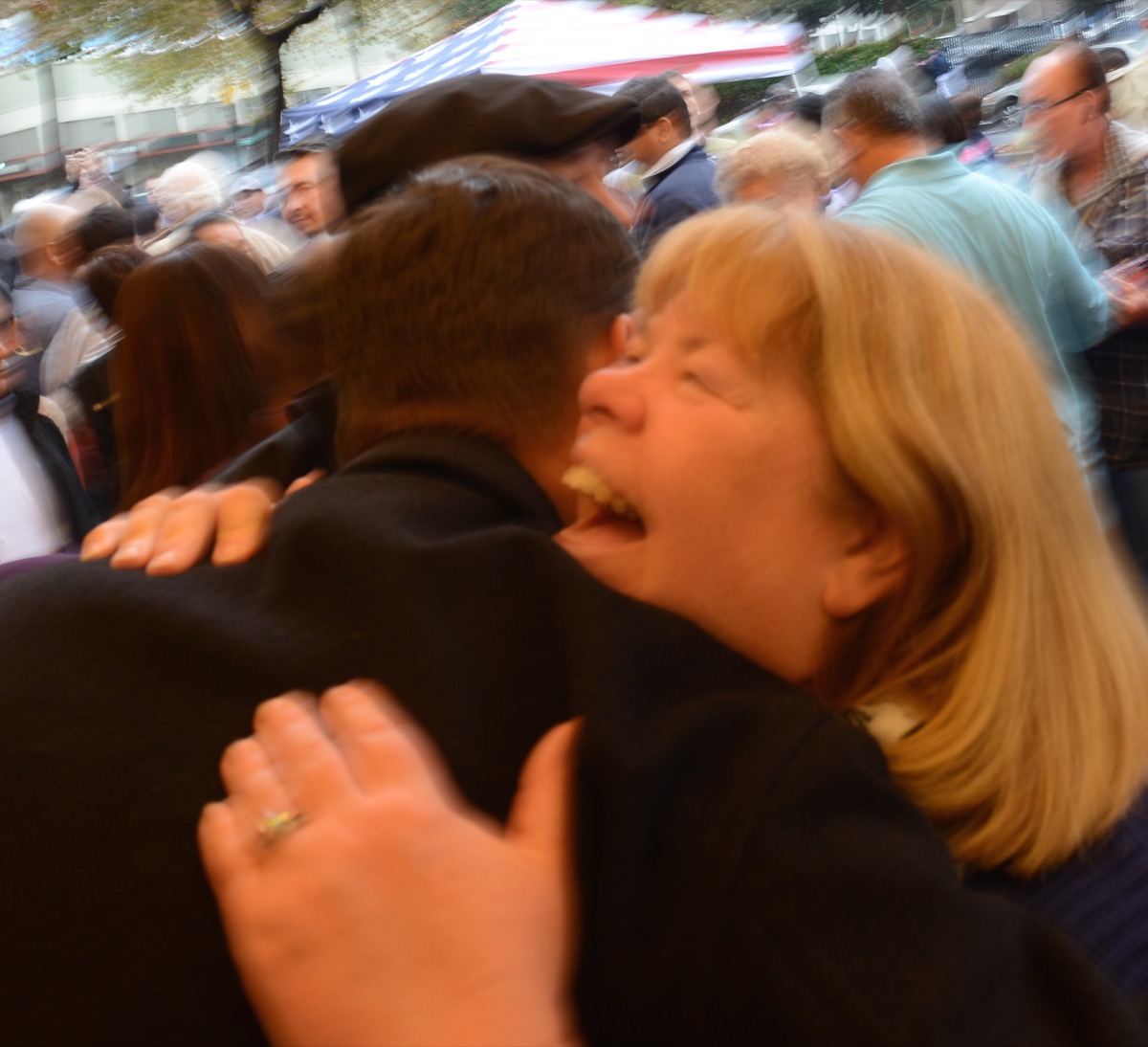 In the end, I don’t know who was more excited, Markus, or me, Ginny and John. 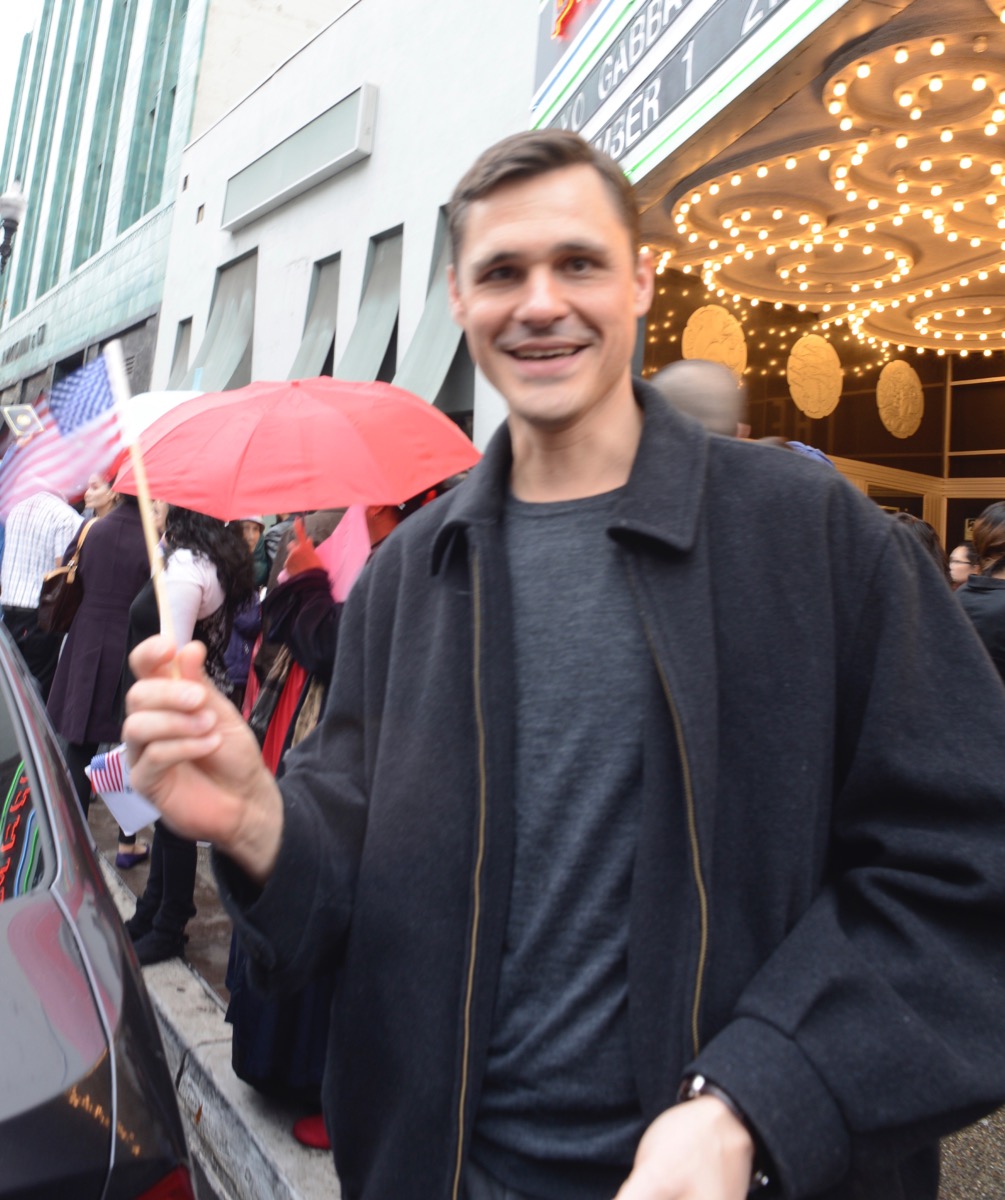 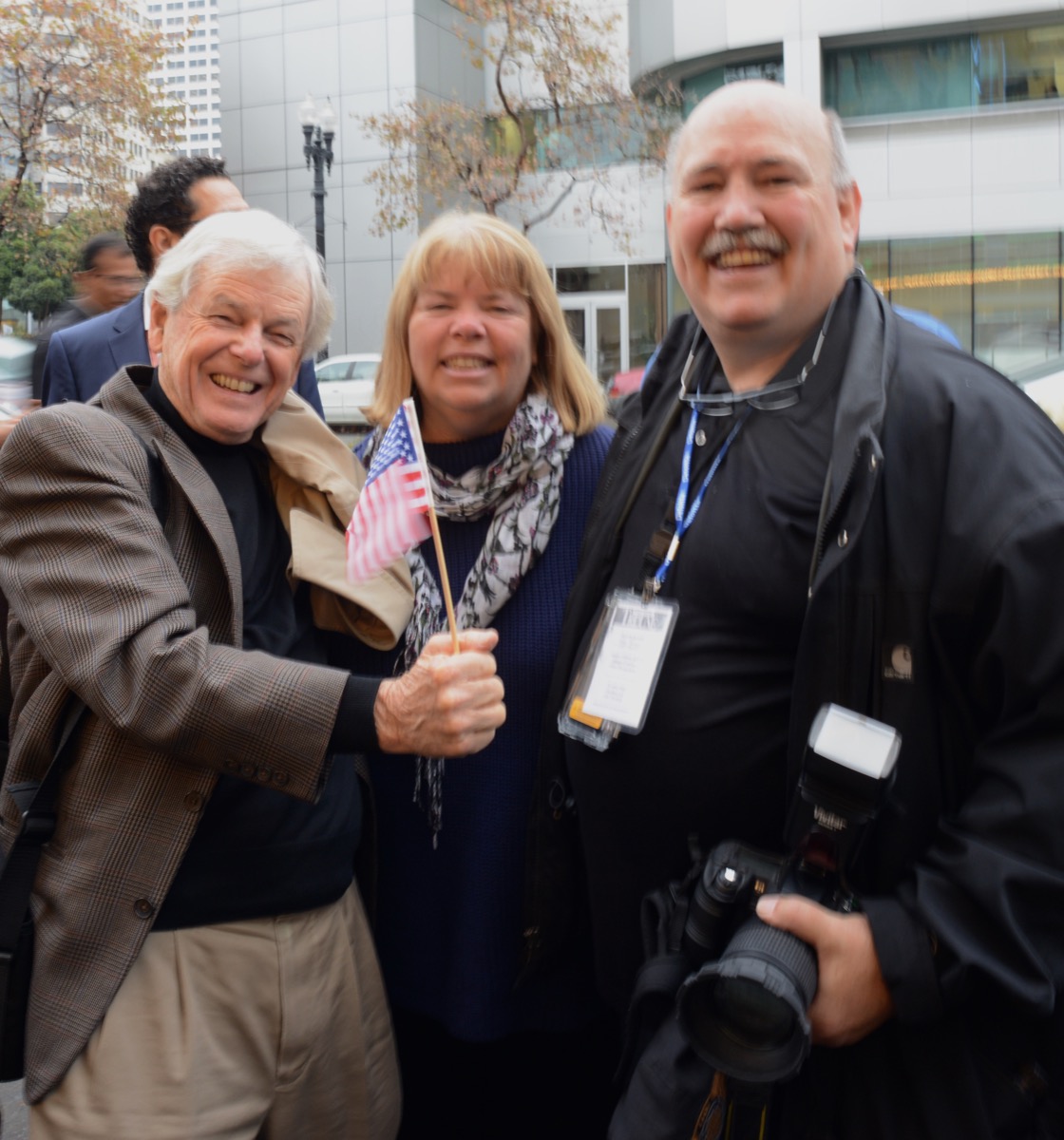 I do know this: if you want a dose of feel-good patriotism, go to one of these ceremonies. It is unforgettable. It will get you back in touch with why and how this country came into being, and what makes it great. It will reinforce what we often take for granted as citizens, and things people in other countries are willing to die for, like, oh for example, freedom of speech. In a world with so much strife, cynicism, and corruption, the “first principles” need to be remembered. 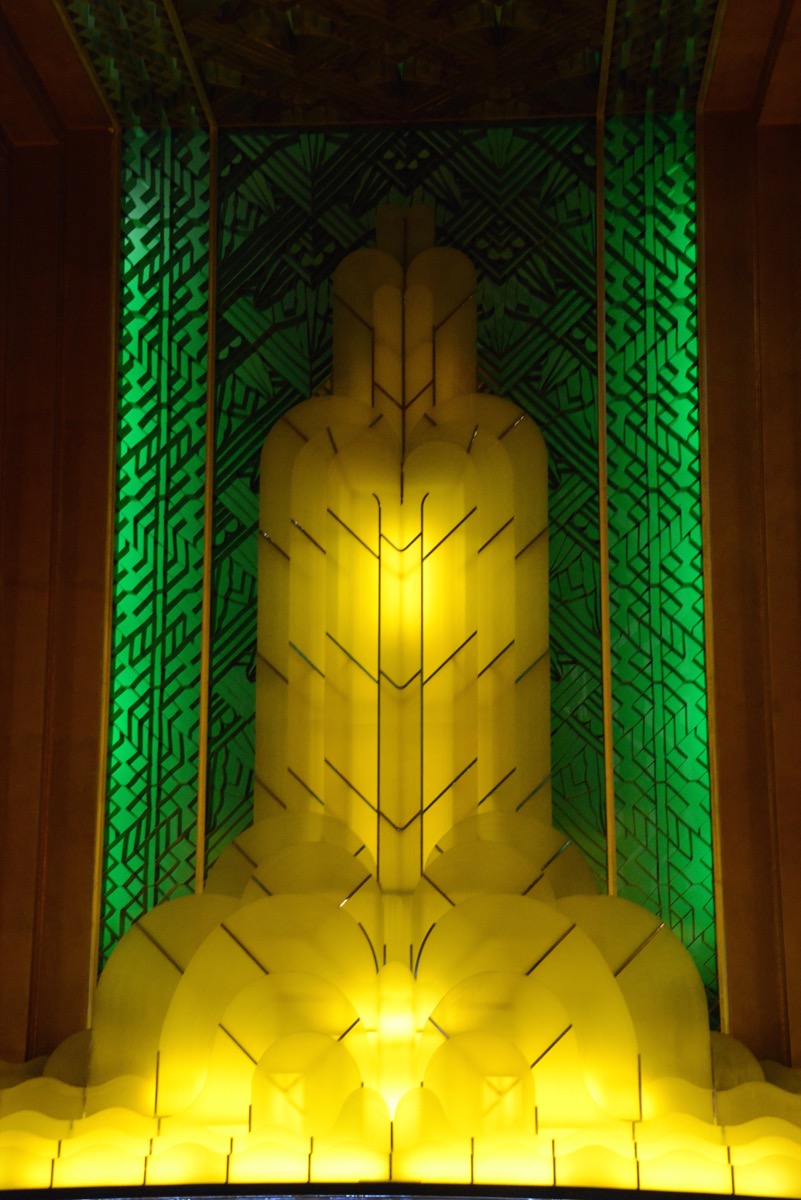 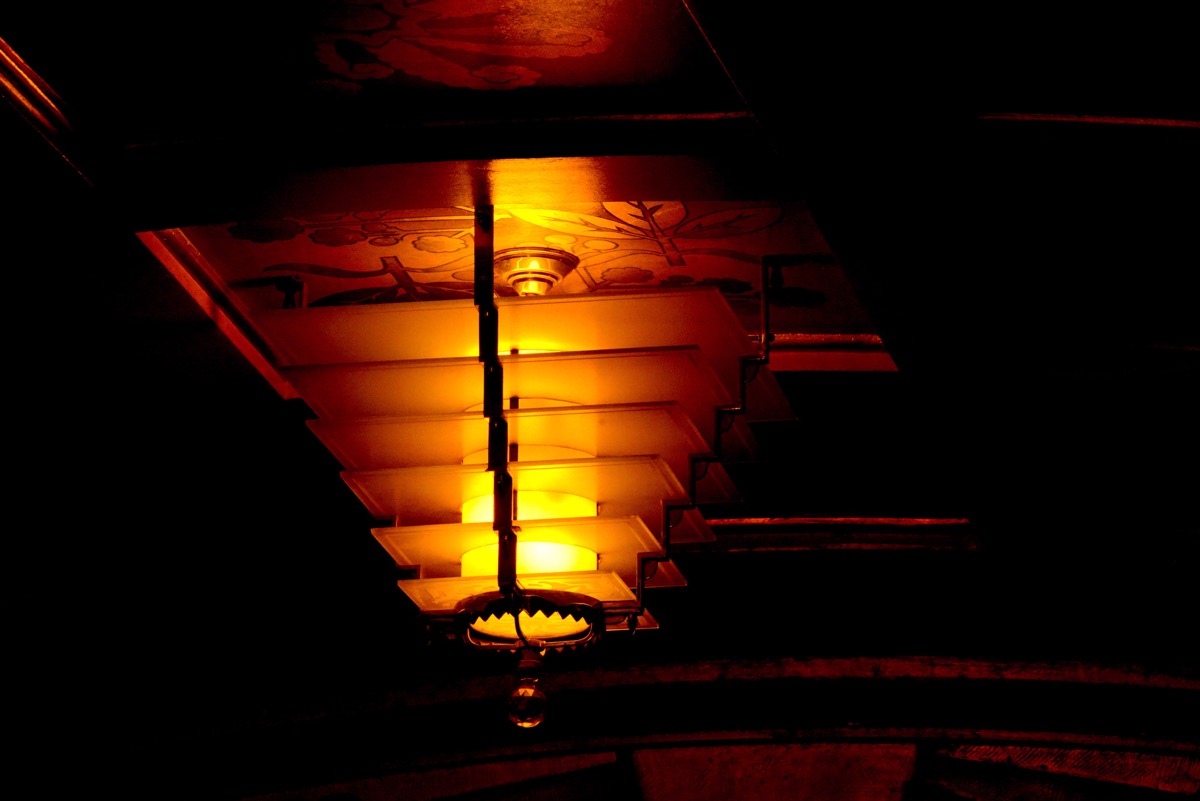 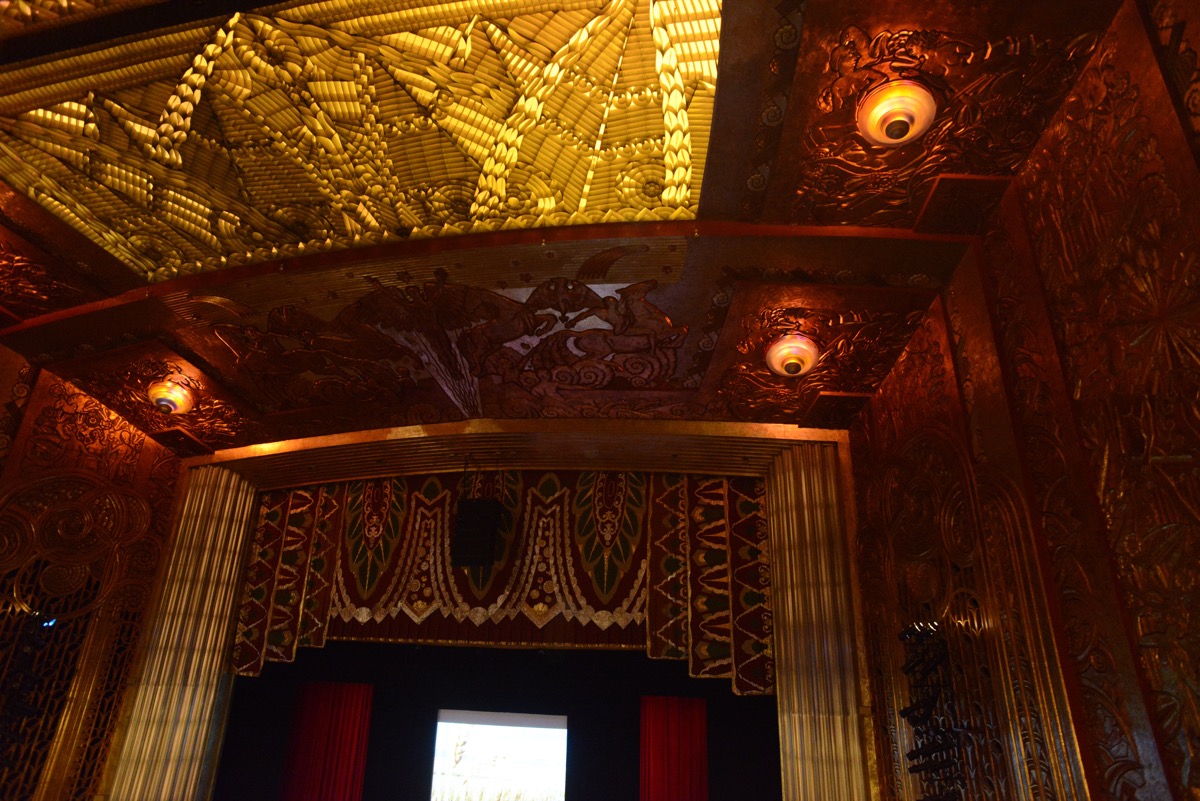 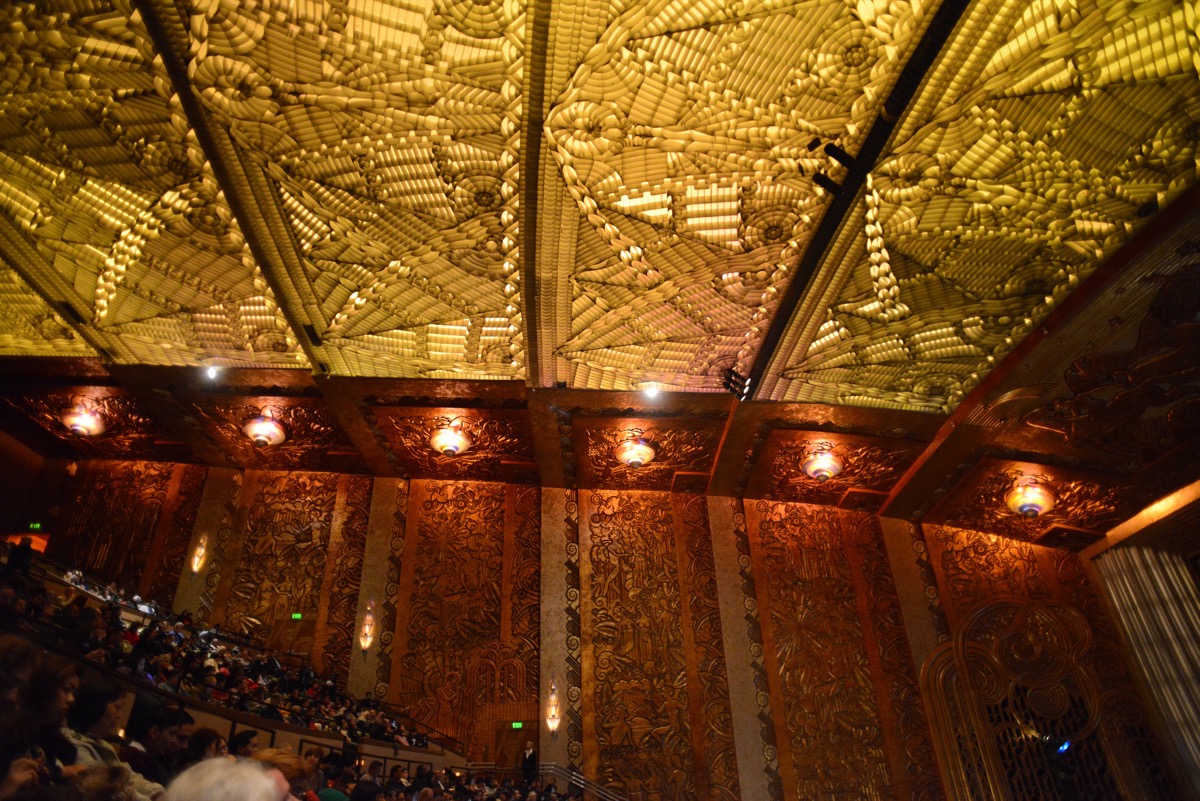