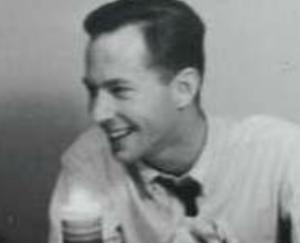 Setting in time and place

The date was September 10, 1953. I was in the ninth grade at Garfield Junior High School in Berkeley sitting in drama class on the first day of the new semester. I wanted to be an actor. Sitting next to me was a new kid from New York named John Rose. He looked like a junior version of Danny Kaye. John also wanted to be an actor. The difference between us, though, was that John had the talent of a Dustin Hoffman, and I had the talent of a ninth grade boy.

As the year rolled along, John starred in one show after another. A tradition at Garfield was to have a talent show at the end of the school year to celebrate graduation. It was called ‘The High Nine Farewell,’ and featured the graduating class. To no one’s surprise, John wrote and/or performed in almost all of the numbers.

Our drama teacher was a spirited woman named Mrs. Curtis. During rehearsal, she sat in the back of the theater barking direction and encouragement to the kids in the show. At one point, she was so frustrated by John’s constant presence on stage, she bellowed out for all to hear, ‘Is this ‘The High Nine Farewell,’ or is this ‘The John Rose Farewell?’ Everyone laughed, including John. We all went on to high school.

I dropped out of theater and John became the biggest star anyone had seen at Berkeley High in a decade. After graduation he went to The Pasadena Playhouse, and eventually to New York to study. Our lives unfolded in very different directions. He became many things: an actor, a director, and even a song and dance man. We saw each other every couple of years. We always reconnected with great warmth, as though our friendship had never missed a beat. The last I’d heard, John was living and working in Hollywood. My final connection with John was at our 30 year high school reunion.

Two years after the reunion, I got a call from Jim Thebaut, a mutual friend from our days at Garfield. ‘Hi Rick, this is Jim.’ His voice was low and measured. ‘John is in the hospital in Los Angeles, and he’s dying of AIDS.’ He had been diagnosed in November, and by February he had just days to live. In the next week, I talked to John twice on the phone. We recalled happy days of working together on shows. We talked about Mrs. Curtis and about Mrs. Schwimley, the Berkeley High School drama teacher. I told him I loved him.

Two weeks after the call from Jim, I went to Los Angeles with two other old friends from Garfield. Our plan was to visit John, but he died before we got there. Two days later there was a memorial service in the back room of a bar in Hollywood. About 100 people attended. The walls were covered with photos of John in various roles from King Lear to Willy Loman. That night I talked to producers, directors, and actors who said things about John like, ‘He was an actor’s actor,’ or ‘He was in a league with Sir Lawrence Olivier.’

Toward the end of the evening, people spontaneously formed into a huge circle. Many spoke about how John inspired them, and about his unbelievable talent. Toward the end, I stepped forward and told the story of the ninth grade drama class and Mrs. Curtis.

I concluded by saying, ‘This truly is The John Rose Farewell.’

When I was done, a black woman from across the circle stepped into the middle and belted out Amazing Grace. People were openly crying. I fell to the floor, literally.  AIDS took my friend from me. I miss him so.

I told this story recently at a seminar that focused on the emotional roots of effective speaking. The story illustrates important ideas for anyone who speaks in public.

To have impact, draw on life experiences that move you. Although John died twenty years ago, it is still very raw for me. In telling the story, I choked up several times. This only made the impact stronger.

Recalling vivid personal experience helps you to visualize. I can still hear Mrs. Curtis, see the huge circle of  people, and hear Amazing Grace as though it happened yesterday. This made the telling easier. Several people in my audience had mentioned AIDS, so I knew John’s story would reverberate and connect.

Techniques that made the story work:

– Setting it in time and place;

– Use of visual images;

– Opening and closing with the concept of ‘farewell’.

We all have personal experiences we can draw on to touch others. Sometimes it may be comedy, sometimes tragedy. The purpose is communication.

3 thoughts on “The John Rose Farewell”