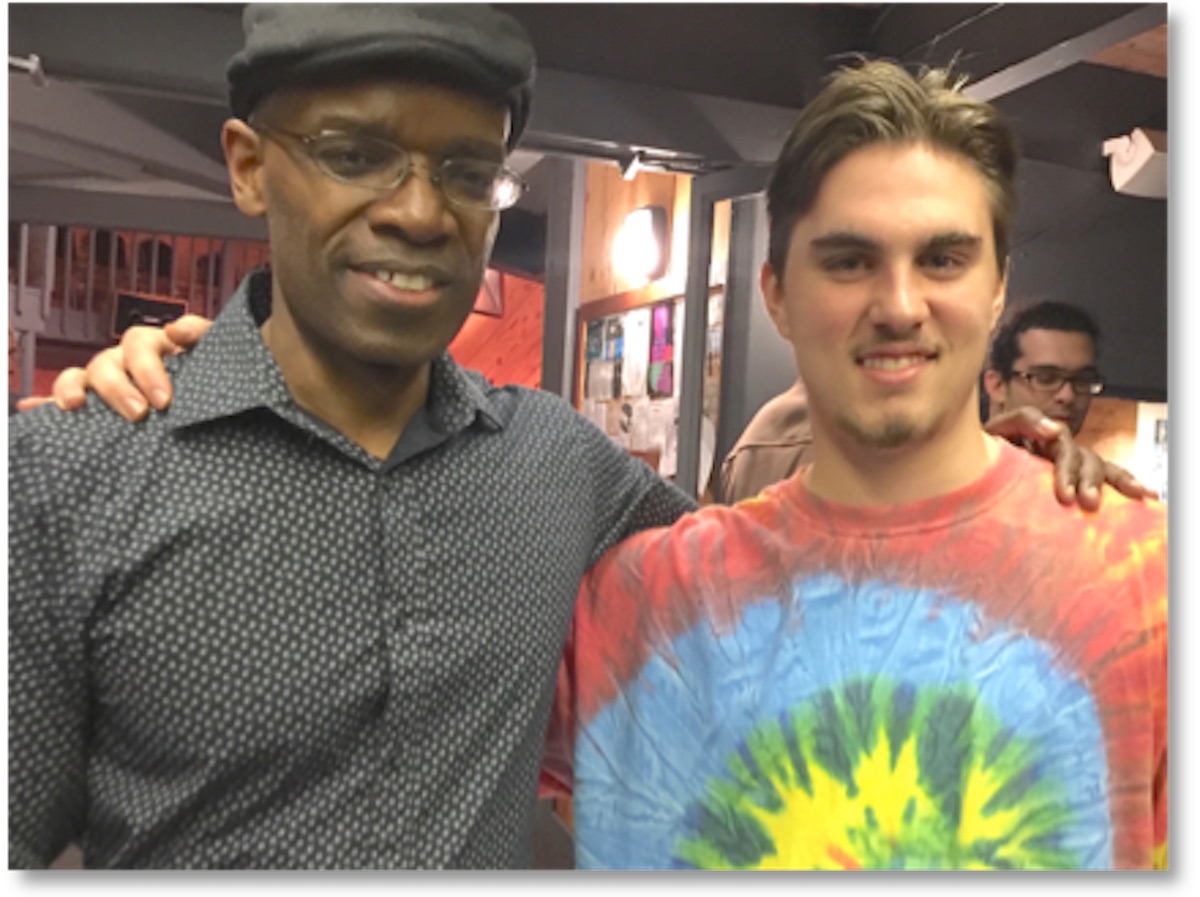 The Dave Douglas Quintet played at The Bach Dancing and Dynamite Society in Half Moon Bay on Sunday, February 21. I went with Jay Leman (a rock bass player) and his son Dylan (a rock drummer). Neither has had much exposure to jazz, but are interested to learn about it. Could not have been a better show for that.

The band played far out enough to be interesting, but not so far out as be unintelligible to the casual listener. Few young people are into jazz. That tends to come later, so I was very interested to see how Dylan would like it. It was love at first site / sound.

Enter: iPhone. I wanted to record all of this. Out came my iPhone. What is so great about this amazing piece of technology is 1) how good the image is; 2) it is small and inconspicuous. Neither Jay nor Dylan knew I was filming them. (They did approve my using this video on my blog.)

Bottom line: start recording informal videos wherever you are. As they say, “The best camera is the one you have with you.” You can then use iMovie to do a quick edit, and bingo! you have a great movie that saves a precious memory. Check it out: