What if your father was named John Coltrane? Would you go into jazz as a career? If you did, would you choose to play the tenor saxophone? Probably not. Wouldn’t people always be comparing you to your father? Wouldn’t they always be asking questions about the role of genetics? Many people would prefer to go into a totally different career… like accounting. But not Ravi Coltrane.

I saw him last night at the Village Vanguard in Greenwich Village with friends Ray and Harriet Mayeri. I’m not enough of a jazz critic to know if he sounds like his father or is better than he was. But for that one and a half hour set at the iconic Village Vanguard jazz club, I didn’t care. Ravi’s music was so strong, subtle, and engaging that I thought little about his old man, though I did wonder if he was going to play, “A Love Supreme.” He did not. But he did a great version of “Cherokee.” 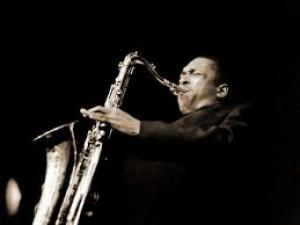 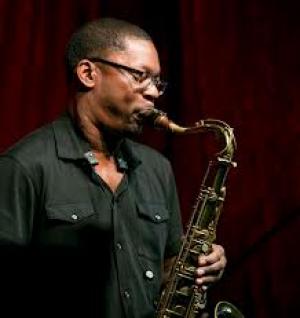 One thing is for sure, I loved being at the Village Vanguard. Small, cramped, basement jazz club so reminiscent of the 1960s. Reminded me of the Blackhawk, The Jazz Workshop, Keystone Korner in San Francisco. Seated just 20 feet from a legend, like Miles David, Jerry Mulligan, Mose Allison. There is nothing like the intimacy of these clubs where people come to hear the music and see their heroes. By the end of the evening, I think I have a new jazz hero, Ravi Coltrane. A terrific night. Next time you are in New York, take in a set at the Village Vanguard. 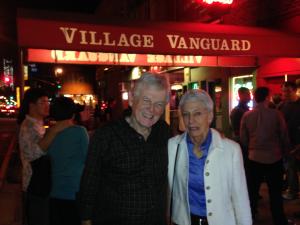