Details on my February 8 show at The Dragon Theater. 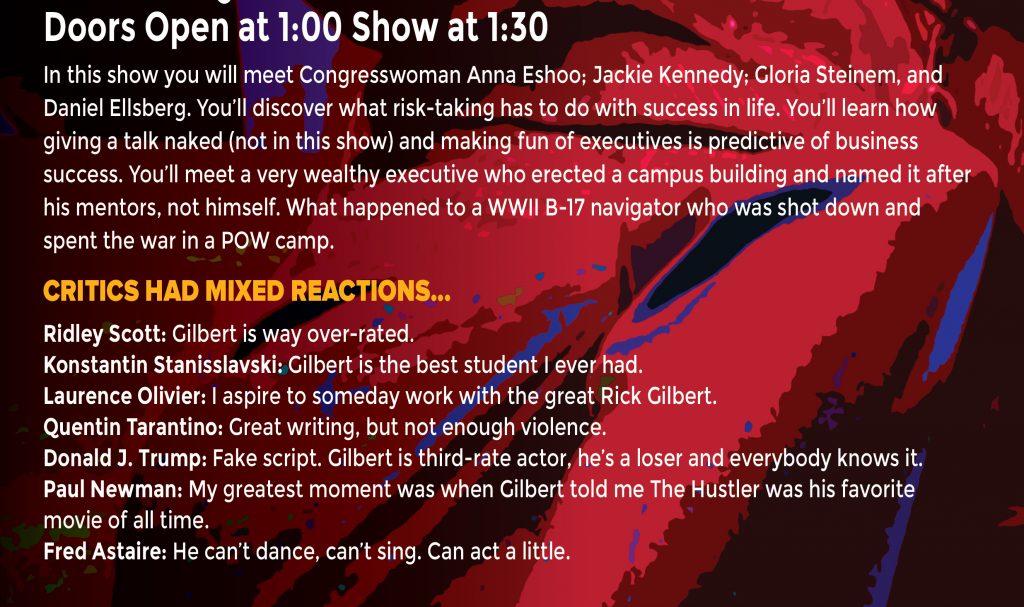 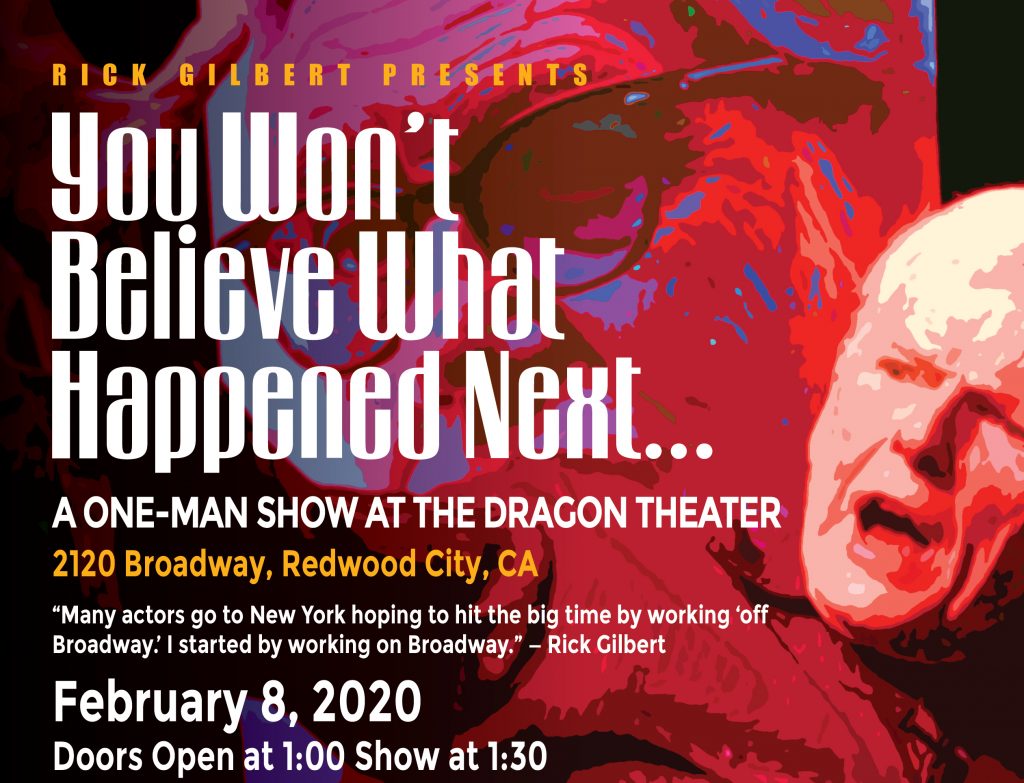 Spoiler Alert: If you hate laughing so hard you can’t breathe,

DO NOT read this piece on “Anger Management.”

I was sitting at my desk when I remembered a phone call I’d forgotten to make. I found the number and dialed it. A man answered, saying ‘Hello.’

I politely said, “This is Chris. Could I please speak with Cheryl Carter?”

A manic voice yelled in my ear, “Get the right fucking number!” and the phone was slammed down on me. I couldn’t believe that anyone could be so rude. When I tracked down Cheryl’s correct number to call her, I found that I had accidentally transposed the last two digits. After hanging up with her, I decided to call the ‘wrong’ number again. When the same guy answered the phone, I yelled ‘You’re an asshole!’ and hung up. I wrote his number down with the word ‘asshole’ next to it, and put it in my desk drawer. Every couple of weeks, when I was paying bills or had a really bad day, I’d call him up and yell,’You’re an asshole!’  It always cheered me up.

When Caller ID was introduced, I thought my therapeutic ‘asshole’ calling would have to stop. So, I called his number and said, ‘Hi, this is John Smith from the telephone company. I’m calling to see if you’re familiar with our Caller ID Program?’ He yelled ‘NO!‘ and slammed down the phone. I quickly called him back and said, ‘That’s because you’re an asshole!’ and hung up.

One day I was at the mall, getting ready to pull into a parking spot. Some guy in a black BMW cut me off and pulled into the spot I had patiently waited for. I hit the horn and yelled that I’d been waiting for that spot, but the idiot ignored me. I noticed a ‘For Sale’ sign in his back window, so I wrote down his number. A couple of days later, right after calling the first asshole (I had his number on speed dial), I thought I’d better call the BMW asshole, too.

Then I hung up, got into my car and headed over to Oaktree Boulevard in Fairfax to watch the fun. I got there just in time to watch two assholes beating the crap out of each other while bystanders called the police.  I feel so much better now.