The Power of Men in a Circle

We meet every couple of months at a sports bar in Point Richmond. Although other years are included, most of us are graduates of Berkeley High, class of 1957… when we had the best track team in the state. Some of the records set in ’57 still stand.

The group has been meeting for some 20 years, mostly to support and raise money for Berkeley’s sports program. Not being a jock, I was reluctant to attend these breakfasts. But about five years ago, I started to attend. The meetings have now become very important to me. 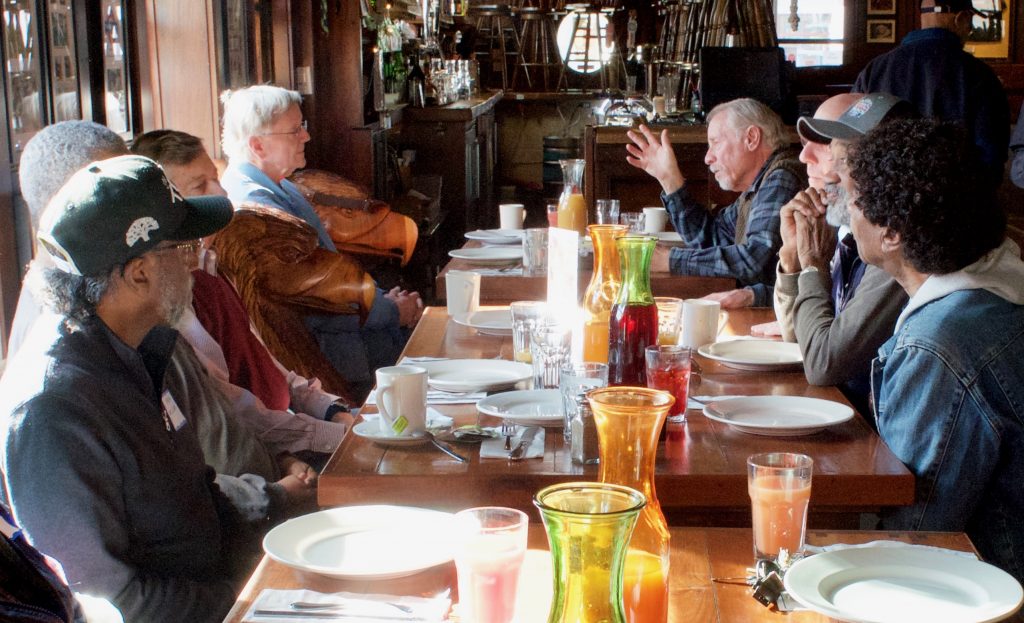 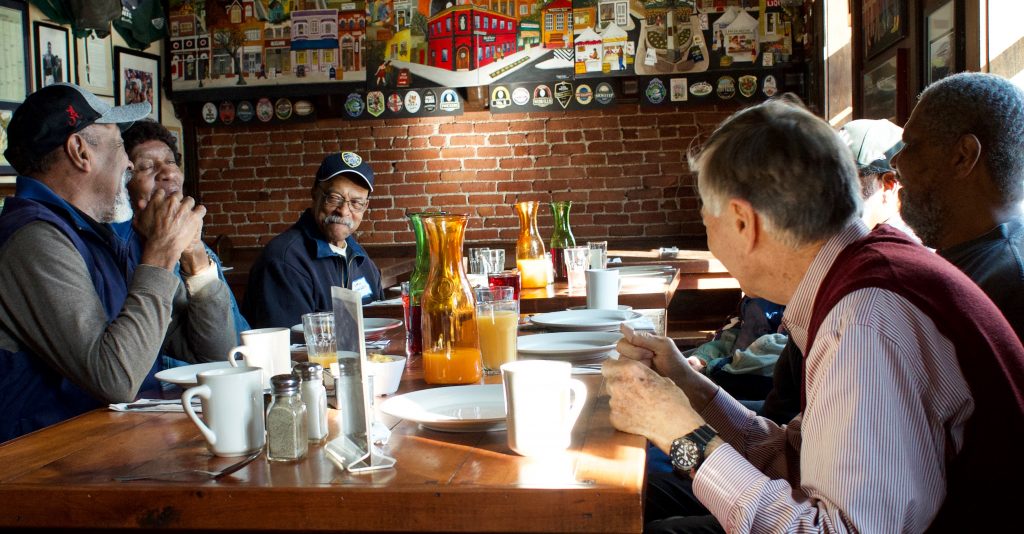 We sit at long tables and have lighthearted conversation with those around us. Then we go home. This always frustrated me since I longed to know about these terrific classmates.

Several meetings ago, I suggested we stay later and explore other topics in conversation. We’ve had three of these extended meetings… and they have all been amazing. Two conversation topics stand out.

How our families got to Berkeley. Some had parents or even grandparents who grew up in Berkeley. Others were new arrivals after WW II. During this discussion, two of the black participants mentioned that their great grandparents had been slaves and their families’ journeys up north started after the Emancipation Proclamation. I guarantee you, we never talked about any of this in high school. These stories resulted in stunned silence.

One of our members had attended Fisk University where he was in the same fraternity as Martin Luther King.

Religion. I thought this topic could lead to a rewarding discussion, but also worried about conflict. Not to worry.

The first person to share stated contempt for religion. He is an atheist. With respect for differing beliefs, others piped in. One black friend who I knew to be religious, and who I assumed would talk about being a Christian, shared that later in life he met the love of his life who was Muslim. He is now a Muslim and finds great support in his new religion.

One very well educated lawyer who I thought would be an agnostic, or maybe something like a Unitarian, told about the support he gets in life from more fundamentalist Christian beliefs. Others mentioned how their belief in God helped them deal with life’s challenges. Some spoke with great passion. Everyone listened respectively.

As the meeting ended, people lingered to continue talking. We  felt a new connection to each other.

I want to continue to get to know these former classmates at a deeper level. If we are willing to pull up the chairs in a tight circle and really listen to each other, the outcome will continue to elevate us all. 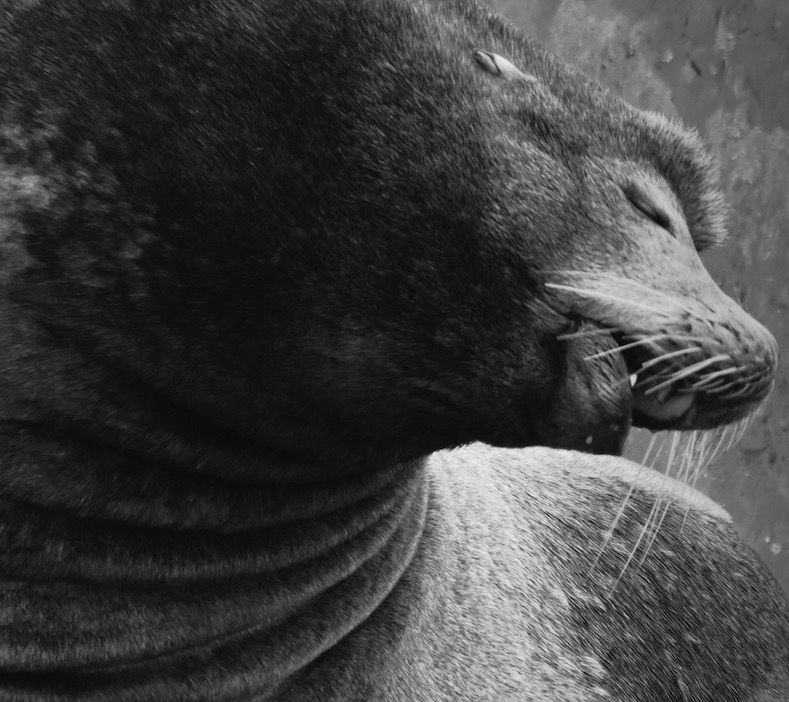 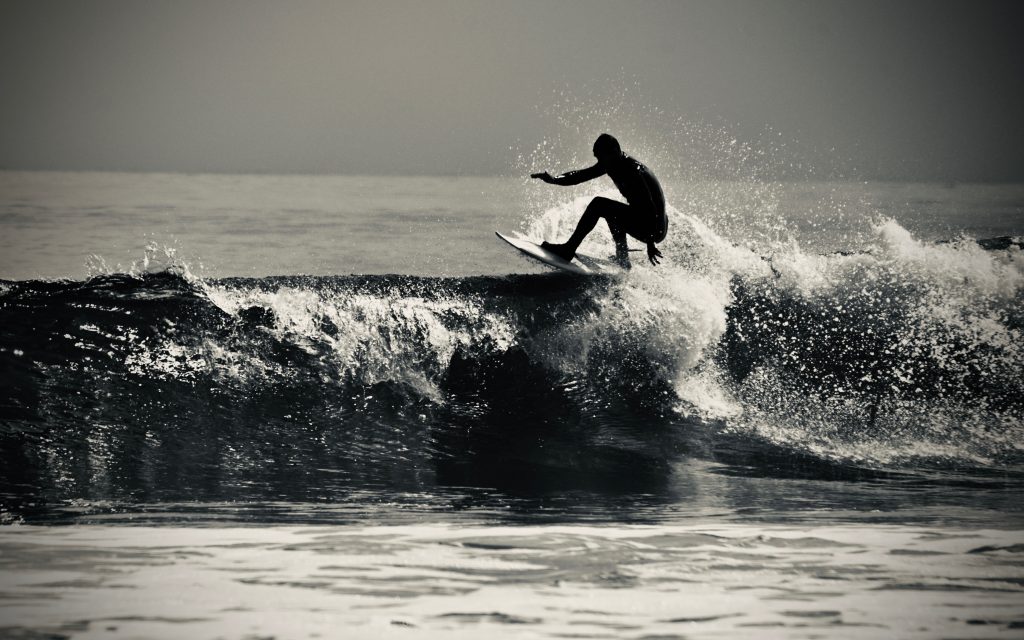 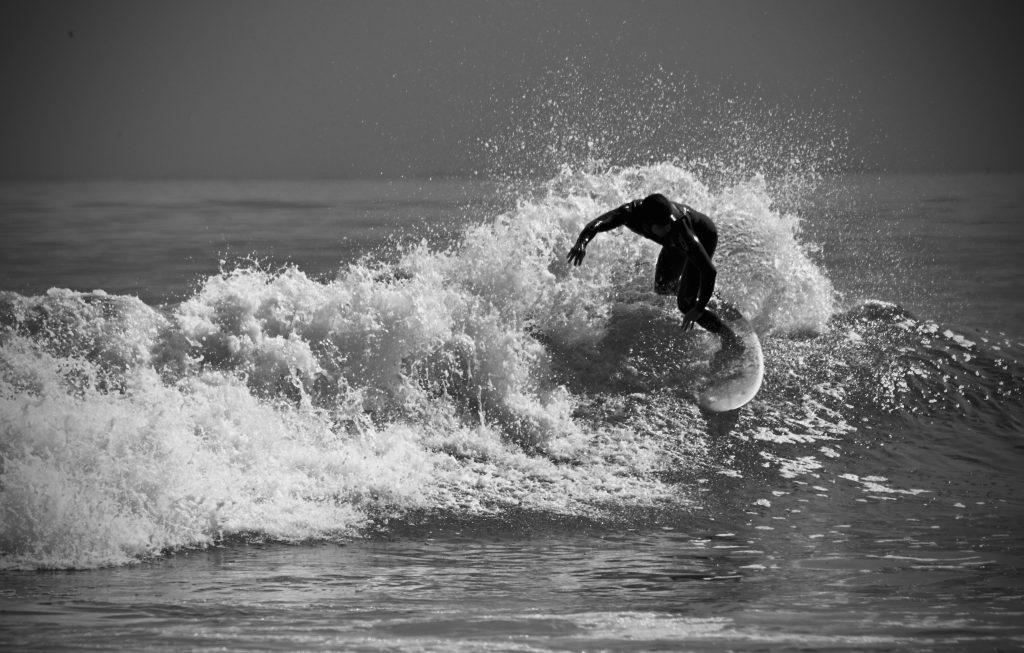