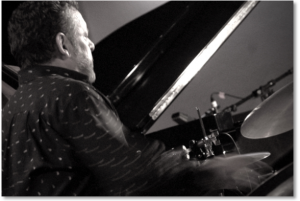 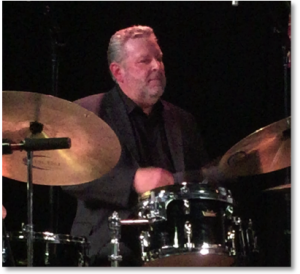 Jeff Hamilton was an up-and-coming jazz drummer in 1977 when he got the opportunity of a lifetime. He was hired by Woody Herman. Herman explained to him that in a big band, the drummer holds it all together.

The day of their first big concert with Jeff on drums, just before the curtain went up, Woody Herman came over to Jeff, put his hand on his shoulder, “Well, Jeff, the band is all yours now.” He was just 24 years old.

One thought on “The Woody Herman Orchestra and Jeff Hamilton”