The acting, directing, editing, etc. in all these movies is terrific, but what really matters, these are unforgettable STORIES. 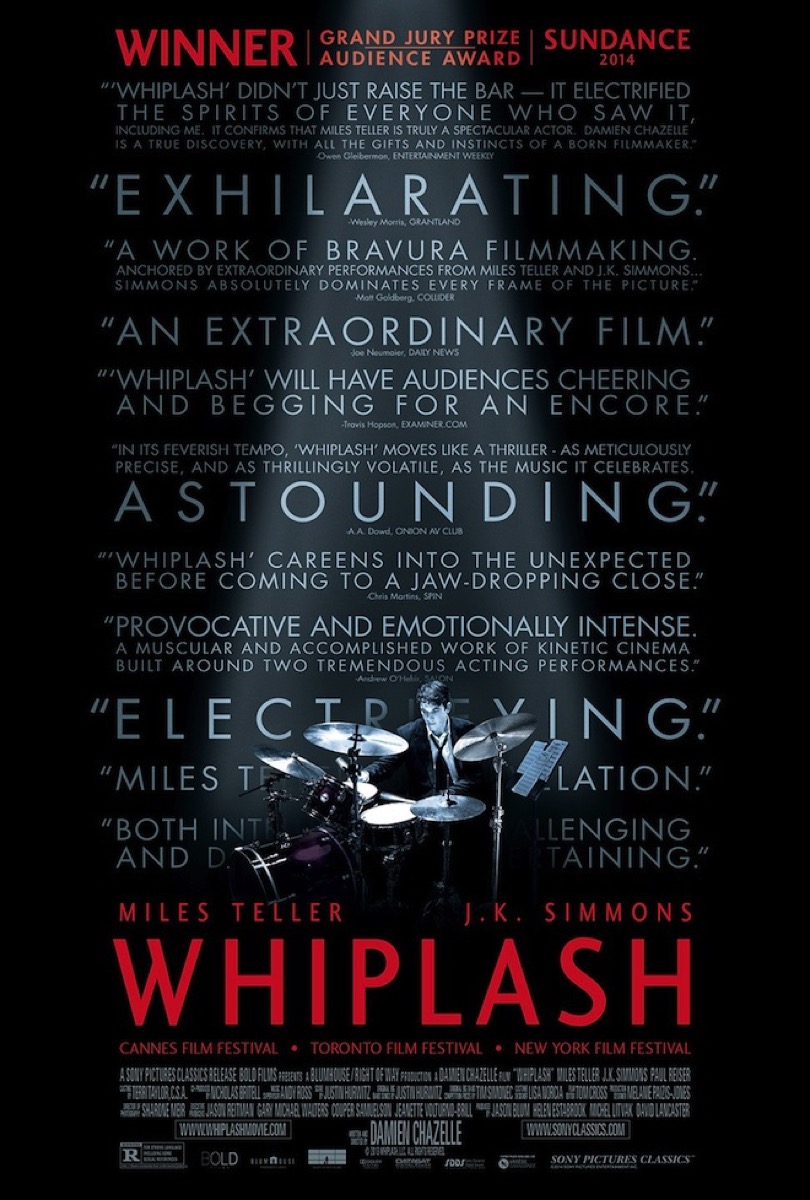 My review of this amazingly good movie: could be titled: “Anti-Whiplash,” or, “In Praise of Mediocrity.”

I have always been deeply offended by Helen Keller’s famous quote: “Life is either a daring adventure, or nothing.” Really? First of all, who the hell are you to tell me what life is, and secondly, many lives are amazingly rewarding yet totally devoid of a “daring adventure.”

This movie is all about the daring adventure and contempt of the ordinary. The mundane. The prosaic. The mediocre. The main character, Andrew Neiman (Miles Teller), says he will be one of the world’s greatest drummers. His teacher at the Shaffer Conservatory, Terrance Fletcher (J.K. Simmons), is all about that vision. Beating the crap out of Andrew is the way to get him there.

Riveting dialog around the family dinner table: football playing brothers, Travis and Dustin, comment: “So if you have so much contempt for football, why don’t you come play with us?” Andrew shoots back, “Those are four words you will never hear from the NFL,” to which his father retorts, “Heard from  Lincoln Center?” 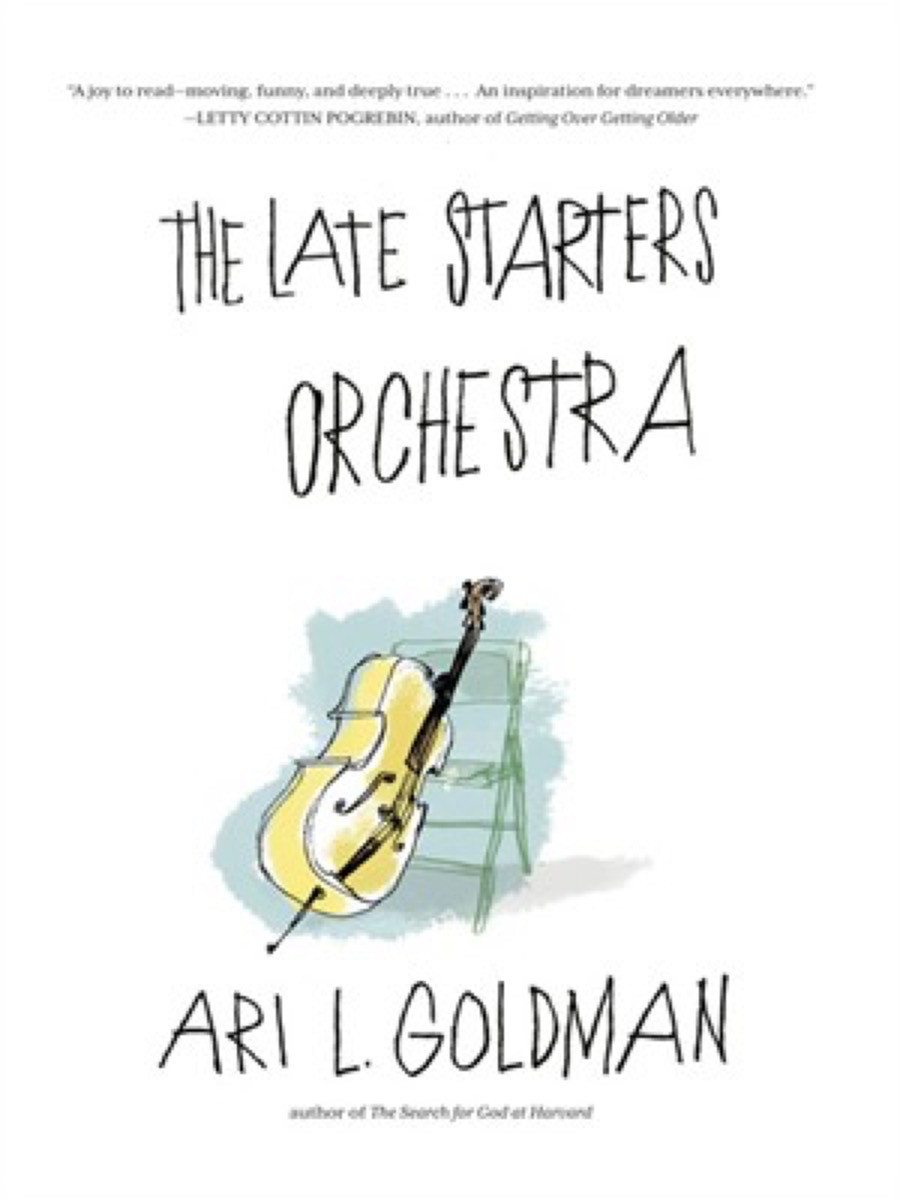 “There are no two words more harmful in the English language than ‘good job,'” says Fletcher. He sees his job as molding his students into world-class jazz musicians… at any cost. Not everyone is willing to pay the price. You don’t have to be an Olympian to enjoy sports or a Nobel Laureate to enjoy teaching high school science or a Carnegie Hall musician to enjoy playing music. A new book, Late Starters Orchestra, embraces this very idea. Why not enjoy playing at a beginners level… for the rest of your life?

In any event, I think you’ll like this movie whether you are world- class, or a C+ player.

There is talk of an Oscar for J.K. Simmons’ performance. Also, the cinematography is outstanding. Check it out. 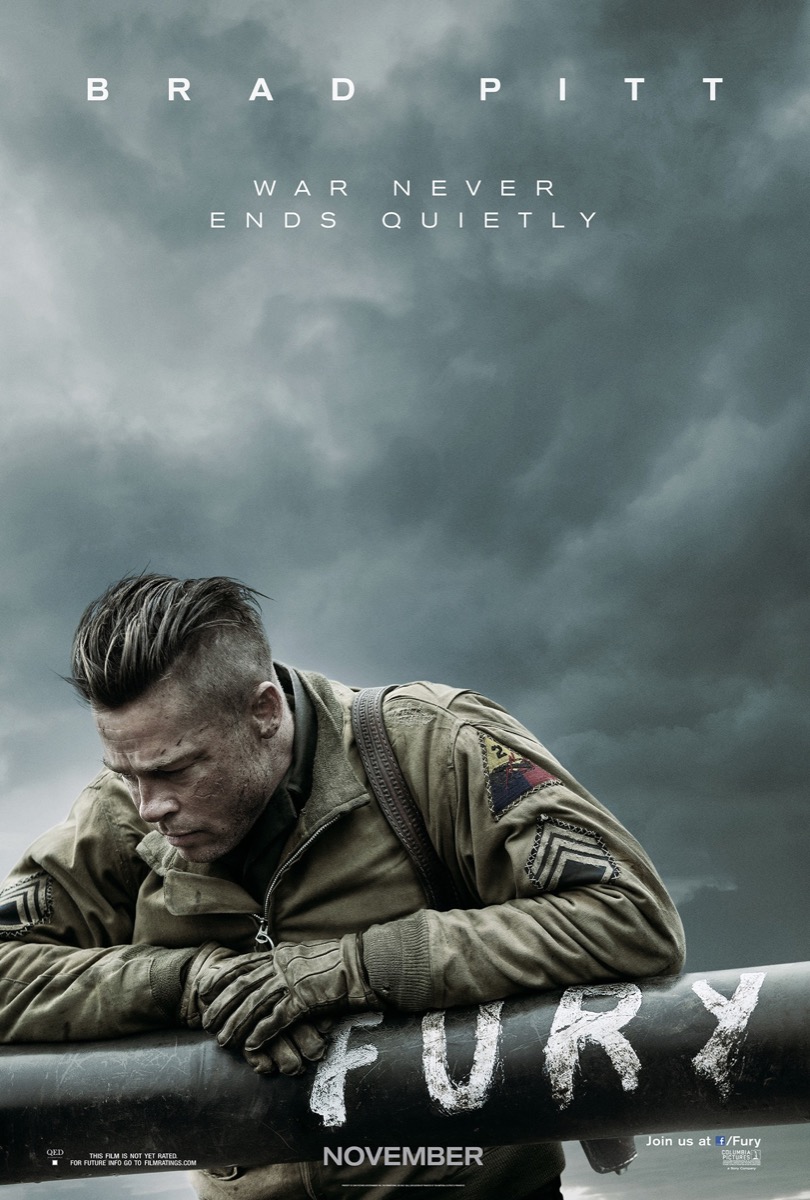 Like any boomer male who grew up on WWII John Wayne movies, I’m always up for another war movie. Fury, though, is different. Like, Hurt Locker before it, Fury rubs our noses in the dirt, grime, guts, and vomit of war. You are right in the tank during the battle scenes. You get what the phrase “the fog of war” really means.

Fury is a “hero’s journey” tale like so many outstanding stories. The hero is a youth named Norman Ellison (Logan Lerman), who has been pulled out of the typing pool and thrown into this tank crew. He replaces the tank’s veteran gunner killed in battle. Problem is, he has no training or stomach for doing this job, “I can type 60 words / minute, but I’ve never seen the inside of a tank.” Norman gets educated quickly and violently. He soon learns to be a killing machine like the others.

Unexpectedly, there are moments of tenderness in this blood and guts adventure. Early on, Norman refuses to kill a Nazi soldier, “…because he is just a boy.” Later in the movie, while Norman is hiding under the demolished tank, a very young German soldier sees him and lets him live. 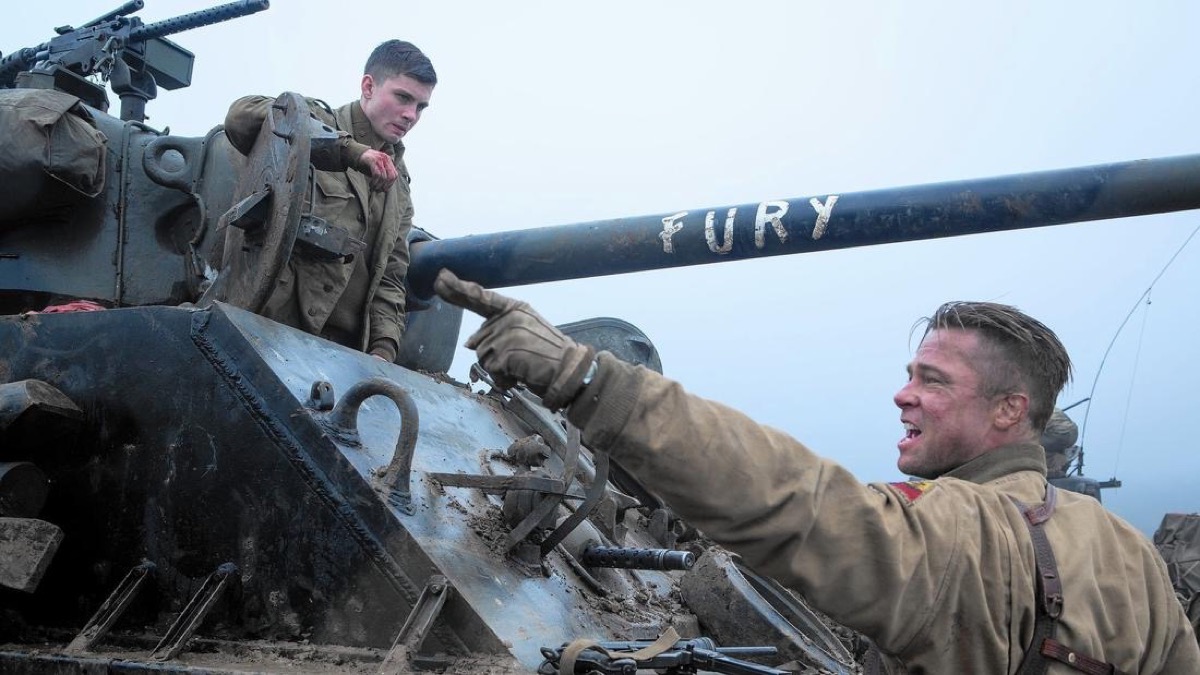 In another scene, the tank arrives in a captured village. Searching for snipers, the crew bursts into a small apartment to find two German women in hiding. We expect rape, pillage, and plunder. Instead Wardaddy insists on treating them with respect and gives them a dozen eggs. The women prepare a modest meal, including wine as the fighting rages outside.

In the end, Norman becomes a man. His mentor is a flawed, cynical, battle-scarred, yet compassionate tank commander who dies a hero’s death in his tank.

If you have the appetite for this kind of drama, Fury is not to be missed. I question, though, why when we shoot the enemy they die with just one bullet. But with our guys, it takes five hits to bring ’em down. Hmmmm, history is written by the victors. 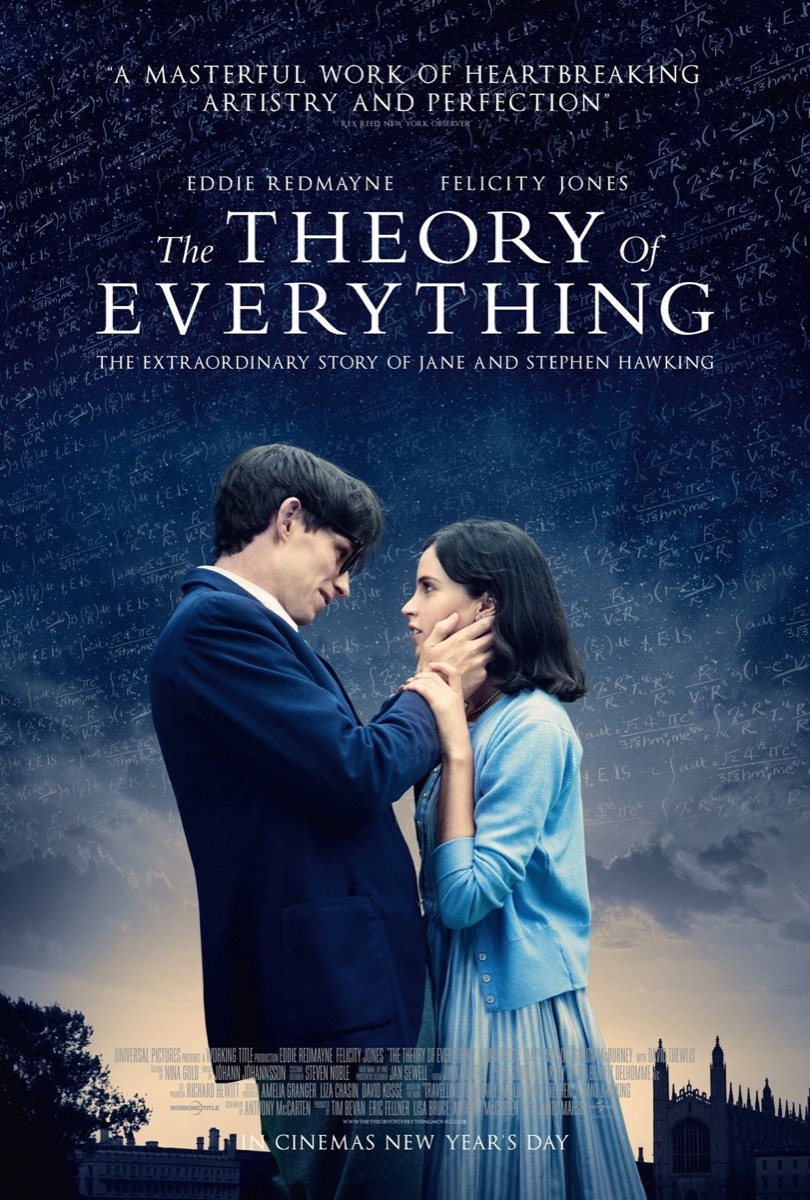 The Theory of Everything

Initially, I was not eager to see this movie, convinced it was a “chick’s flick.” It is… but soooo much more.

The film is loosely based on Stephen Hawking’s first wife, Jane’s book about their marriage from 1965 – 1995. Their relationship is set against a background of Hawking’s genius as he wrestles with the mysteries of space / time and the beginnings of the universe.

For me, the love story and the deterioration of their marriage is less interesting than watching the unfolding of the career of one of the true geniuses of our time.  To imagine Hawking writing his best selling, A Brief History of Time on his speech synthesizing computer at the rate of three words / minute is mind boggling.

As Hawking’s illness progresses and he and Jane have three children, he becomes world famous. The stress on their marriage is too much and it comes to an end. They divorce, and she marries the church choir director and he marries his nurse. All of this would just be another soap opera if it weren’t for the science.

As Hawking, Eddie Rdmayne’s ability to slowly get more and more disabled through the movie is an Oscar-worthy performance. Felicity Jones as Jane Hawking is also just excellent.

Maybe the soap opera + astrophysics themes will make it a night of family entertainment. It is truly exceptional. 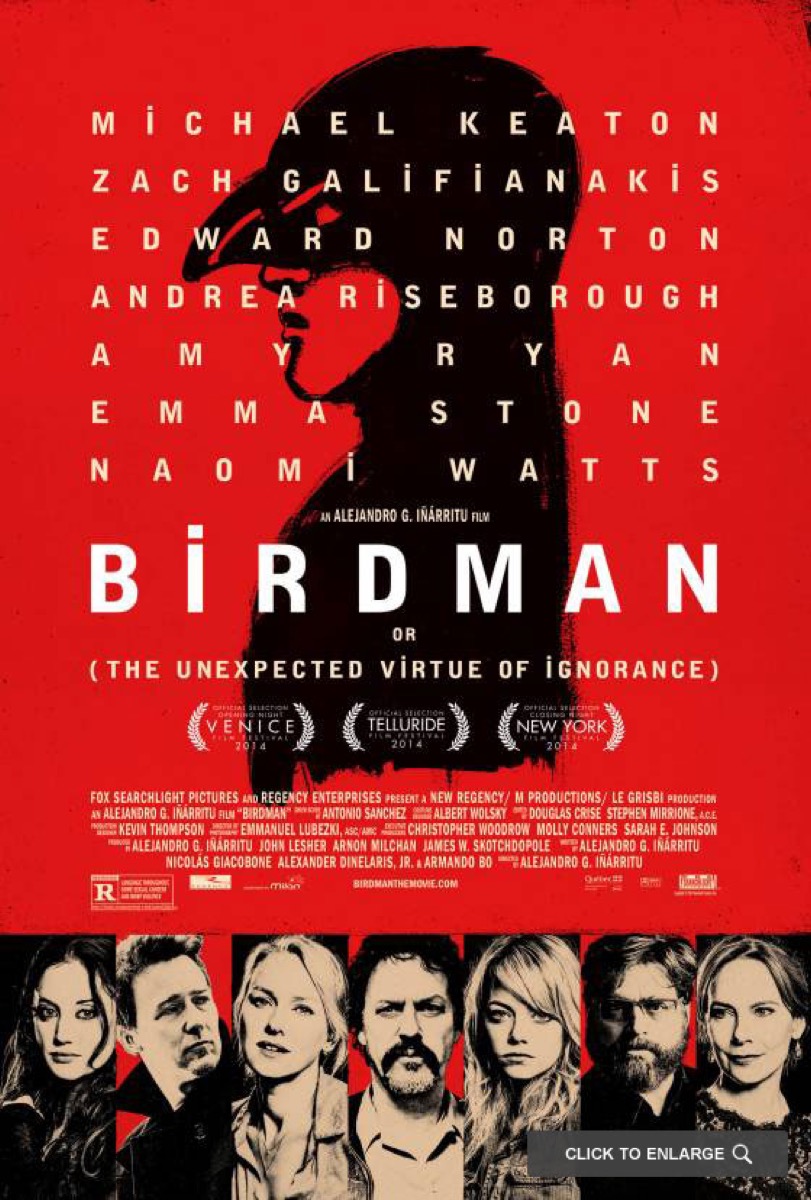 Birdman’s daughter (Emma Stone): “You’re doing this because you’re scared to death, like the rest of us, that you don’t matter. You know what? You’re right. You don’t.”

An aging “Birdman,” (Michael Keaton), is trying to resurect his career after being a superstar action hero, Birdman. Of course the compelling backstory here is that Keaton actually played Batman in two movies, Batman, 1989 and Batman Returns, 1992. It is a movie within a movie.

Of these four movies, this is the weirdest. Riggan Thompson (Birdman) moves in and out of fanatasy, sometimes flying, sometimes talking to his alterego (Birdman), sometimes practicing telekenisis. He must resurrect himself with this new Broadway show or be nothing but a washed up movie star. The film is engaging from the start, being held together by the drum beat of an unidentified street drummer. The supporting actors, including Edward Norton, are exceptional. I’d expect to hear lots of Oscar talk about Birdman.

Birdman raises a big question (one I am actually dealing with): how do we gracefully age as we see our best talents slip away with the onslaught of gray hair, wrinkles, and fading memory. If you have the answer to that one, please let me know. Maybe we can make a movie about it.

BTW, if you see the movie, let me know if you think he dies at the end or flies away with the birds. Don’t miss Birdman.

The unifying theme of each of these outstanding films is the main character’s search for identity in the face of horrific challenges. In Whiplash and Birdman, the serach is voluntary. In Fury and Theory of Everything, the search is forced on the protagonist. Love to hear what you think of any of these movies.